Acasă » Oil&Gas » Popescu: We will see a drop in gas prices – geopolitical games will no longer be so obvious

Popescu: We will see a drop in gas prices – geopolitical games will no longer be so obvious 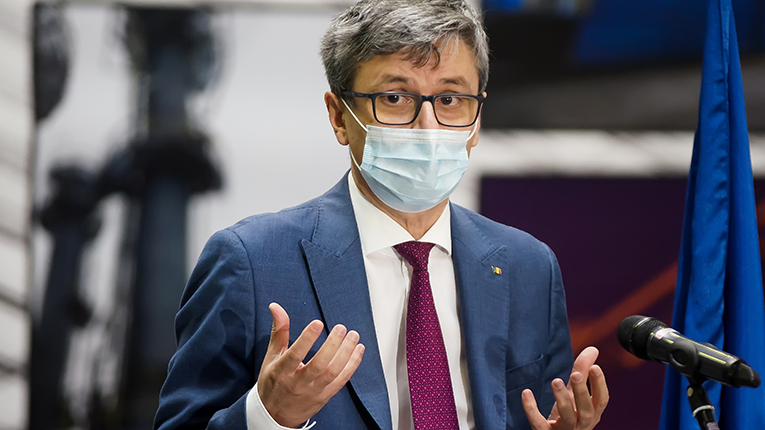 The Minister of Energy, Virgil Popescu, considers that after April 1 we will witness a decrease in the price of natural gas, naturally supported by the decrease in consumption and the warming of the weather, while “the geopolitical games on the gas market will no longer be so obvious.”

“After April 1st, the weather is practically starting to warm up, probably the geopolitical games on the gas market will not be so obvious anymore. I think we will witness a drop in price on gas market, which will come naturally, as weather gets warmer and consumption drops, which will bring a price correction to electricity as well, but not to the level of last year or two years ago. We are watching the market very closely to find out what we will do after April 1. On Friday, for example, I am going to the Council of Ministers for Energy and one of the topics is the price of gas, the price of energy, let’s see what measures we can take at Community level to alleviate these shocks,” the Minister of Energy told B1 TV on Tuesday evening, according to Agerpres.

He said that not only domestic consumers will have lower gas bills after April 1, but also industrial consumers, who will have “gas available at a lower price.”

Asked what measures he will take so that what has happened now on the energy market will not be repeated in the autumn, Virgil Popescu specified that there are many things on his agenda in the field of natural gas and electricity, and only after completion will be presented to the public.

“In the field of electricity, we have already started this work. On December 31, amendments to the law on electricity and natural gas appeared (…), in addition to the fact that we introduced in the law, transposing the European directive, the bilateral contracts. Today we discussed with the Government and we take it over to the ministry to discuss with ANRE, with the Competition Council, with the suppliers, with the producers, to operationalize these bilateral contracts, because if we conclude them, not like until now for a year, but for 3 to 4-5 years, then we will have a predictability of price for the industry and they will not be subject to price fluctuations,” the minister added.

previousRomania will have a surplus of 1 bln. cm of natural gas for next winter
nextPoland: EDPR receives 66 mln. euro EIB Green Loan to support its onshore wind farm projects