Patres: Micro hydropower plants will go bankrupt due to taxes levied by the Romanian Waters Administration 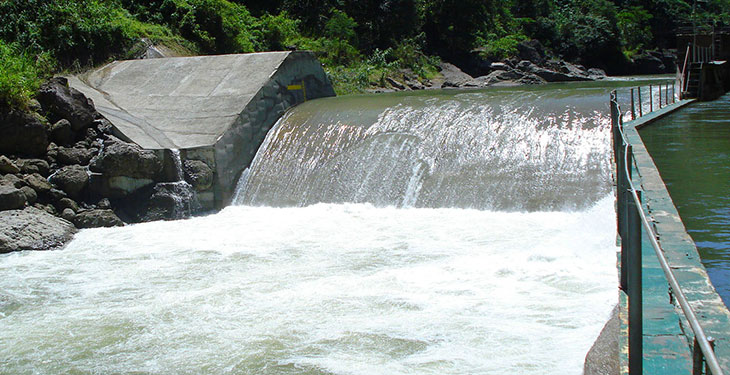 Producers who have invested in micro hydropower centrals (MHCs) will go bankrupt this year due to taxes levied by Apele Române, namely the tax for turbine water, minor riverbed rent and the tax for the potential for hydropower through the dams of the reservoirs, says the association of renewables investors, Patres.

Thus, the Employers’ Organization of Renewable Energy Producers in Romania signals the critical situation of these producers, including members of Patres, and asks for the support of authorities and parliamentarians to save production capacity that helps ensure the balance of the national energy system.

In Romania, there are currently 528 micro hydropower plants with powers below 4 MW, with a total installed capacity of 468.6 MW, according to the latest data from Transelectrica. These producers pay three types of taxes: on turbine water, of about 1.17 lei/1,000 cubic meters; rent for the use of the minor riverbed – about 27.31 lei/m2/month and the fee for the potential insured for hydropower purposes through the dams of the accumulation lakes, of 238.88 RON x meters of fall/month. In the case of a micro hydropower plant, the area of the rent of the minor riverbed subject to taxation is between 60 and 100 square meters.

Micro hydropower plants, but also Hidroelectrica, had the obligation to – until January 17, 2021 – to install flow meters in their units to measure the amount of water actually used for energy production. At the same time, it was established that in hydroelectric power generation units, where from a technical-constructive point of view this obligation cannot be fulfilled, the amount of water resources contribution will be calculated at the maximum flow stipulated in the water management authorization, say amendments made to Law 122/2020 for amending and supplementing the Water Law no. 107/1996 and the Emergency Ordinance no. 225/2020.

“Manufacturers have the obligation to install flow meters, but the law does not specify whether they must be metrologized or not. In fact, the Romanian Waters Administration comes with the requirement that the flow meters be subjected to metrological control, not taking into account the instructions from the National Institute of Metrology. According to the legislation in force (Order 148 / 05.05.2012), lakes/rivers meters are not subject to legal metrological control and are not approved in Romania. Under the new conditions, practically imposed by the Romanian Waters Administration, the producers end up being charged for the maximum installed flow, this in the situation in which the microhydropower plants actually use less water than the maximum authorized flow. It is about a quantity of water 6-7 times higher than the one used (depending on the annual average of the precipitations from the reference year), respectively a corresponding increase of the taxes due to the Romanian Waters National Administration,” explains Prodan.

Patres estimates that the impact of this anomaly will be immediately reflected in the price of electricity produced by hydropower and micro-hydropower operators, reducing their competitiveness in the energy market. In addition, it is a hurdle on the development of these investments, given that the recommendations of the Green Deal encourage the development of new investments in E-RES, explicitly those micro-hydropower plants located on the middle and lower riverbeds, outside mountain areas. MHCs bring a major benefit to the energy sector through the balance they can give from the predictability of the water resource.

”Another aspect that we reported to the authorities is the erroneous recordings during periods of high water turbidity (floods), mainly due to the impossibility of transmitting the signal between the flowmeter sensors, which leads to erroneous determinations of the volume of used water, there are situations wherein these flow meters may erroneously measure volumes of water greater than the maximum installed flow, technically impossible to be taken over by the hydropower facility. Moreover, the new measure comes in the context in which we would have expected the relevant institutions of the Romanian state, respectively AN Apele Române, to respect the law and, at the same time, to implement the recommendations of the Competition Council,” says Mihai Verșescu, general secretary of Patres.

According to the “Sectoral Investigation Report on the management of surface water resources and the effects on downstream markets (electricity and irrigation)”, a study performed by the Competition Council, this contribution for hydro power producers is considered uncompetitive, due to the fact that it does not take into account the technical characteristics of power plants. The Competition Council recommends a contribution of 2% of the turnover of hydro energy producers.

On the other hand, in the context of the coupling of spot energy markets, in the second quarter of 2021, through the DE-AT-PL-4M MC project (also called Interim Coupling), MHC producers will be put in the situation of not being able to have a competitive supply offer in terms of production cost with other producers in coupled countries, given the major differences in wastewater tariffs, which will lead to the import of electricity produced in cheaper hydropower plants in coupled countries.

“Currently, the costs of taxes to the Romanian Waters Administration are of RON 240.33 for MWh produced, given that the upstream investors pay a maximum of RON 5-6 per MWh produced. All this is due to the anti-competitive charging mechanism promoted by Apele Române. After the entry into force of GEO 225/2020 on charging at the maximum flow, I expect that these taxes to Apele Române will reach 550-600 RON for MWh produced, given that the average energy price for 2020 was of 198 RON/MWh. The only solution will be to close the production units I have in my portfolio,” says Alexandru Pârvescu, Romanian investor.

”Patres addressed the Minister of Energy, Virgil Popescu, requesting support in solving the issues presented. We appreciate the initiative of Minister Virgil Popescu to introduce in the Senate an amendment, which stipulates that ‘by exception from the provisions of paragraph (3) to economic operators producing electricity that have not installed equipment for measuring water volumes, or they have been installed but they are not subject to legal metrological control according to the Romanian Bureau of Legal Metrology – National Institute of Metrology, the volumes of water processed for each production unit will be calculated in relation to the amount of energy produced’.”

“Thus, we hope that the parliamentarians will vote responsibly for a correct regulation and thus save micro-hydropower plants from closure, for the good and safety of NES. Finally, Patres calls on the decision-making authorities to amend the entire legislation on taxes levied by the Romanian Waters Administration and to establish an economically equitable way of calculating taxes for both producers and the Romanian state,” said the organization’s officials.

previousAHK Romania starts in Buzău a reference project for the development of Romanian cities
nextAristotle Jude, the new CEO of ROMGAZ: My goal is to ensure continuity in the company’s development