Acasă » Renewables » Patres is asking the government to intervene, after the AFM rejected 13,000 prosumer applications

Patres is asking the government to intervene, after the AFM rejected 13,000 prosumer applications 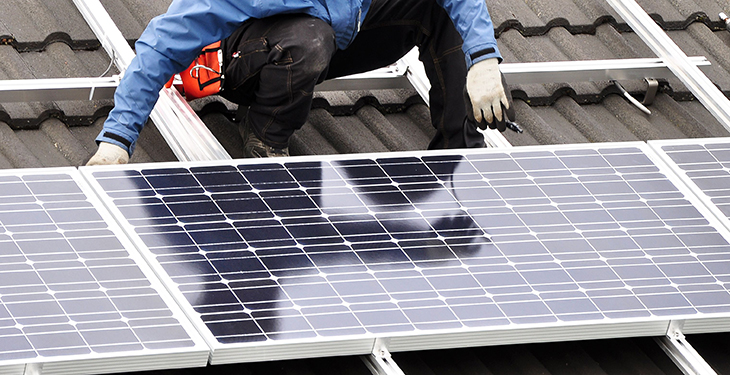 The Administration of the Environmental Fund (AFM) rejected more than half of the prosumers’ files, submitted under the Green House – Photovoltaic Panels program, largely due to the expiration of the documents, although the prosumers had been assured that this would not happen, says Patres association.

”Active supporter of Prosumers in Romania, the Employers’ Organization of Renewable Energy Producers in Romania makes an urgent appeal to the Prime Minister of Romania, Mr. Ludovic Orban and the Minister of Environment, Waters and Forests, Mr. Costel Alexe: Do not allow the Green House Program – Photovoltaic panels to turn into a fiasco! We express our concern and dissatisfaction with the unqualified way in which the Administration of the Environmental Fund manages a national program, long awaited, as evidenced by the maximum interest of Romanians. The AFM’s decision to reject more than half of the files submitted, with the presentation of reasons that, in most cases, are not reasonable and attributable to citizens, is vehemently challenged by thousands of Romanians who consider themselves unjust and will file appeals, many of them they are determined to seek justice in court as well,” says Patres.

“The AFM program has been unjustifiably delayed for a long time. I understand that it is a new program, which has caused a stir and generated delays, but it is already too much. Two years have passed and no prosumer has any installation. About 13,000 cases were rejected. At least in the case of approved dossiers, proceedings must be initiated as a matter of urgency.

For the rest of the files, the ones rejected and which will be contested, we have identified two causes: one of them – the stamp is not visible, or the stamp is missing on the tax certificate – or, in full pandemic, when the physical offices were closed, and the stamp is no longer required by law, when the greatest opportunity is digitalization, to reject files for this reason is at least debatable. The AFM should have approved them all.

Then, in the case of thousands of files, the bulk of those rejected, AFM says that the documents have expired – the land extract, the fiscal attestation certificate to the local budgets and the state budget. But also AFM, last year, in October, said it would accept these files.

Debureaucratization and digitalization are the biggest opportunity for Romania in this crisis. We should all encourage this process.

According to an AFM press release dated October 30, it is stated that “all documents successfully registered in the computer application, as well as those registered in the register of installers that were not uploaded to the application until the time of suspension of access to the computer application, are accepted by The administration of the Environmental Fund as being submitted in time, in order to be analyzed. At the same time, a release of the Ministry of Environment stipulated the same thing”, told energynomics.ro Patres officials.

“A surprising and inexplicably large number of cases that do not qualify for funding. It is alleged in an AFM statement that the main reasons for rejecting the applications were generated by incomplete information and files uploaded by installers or containing expired documents and/ or errors. Patres cannot agree with the grounds for rejection, which are not substantiated in most cases. In this way, we would like to point out issues that entitle us to address Mr. Ludovic Orban, Prime Minister, to intervene for the proper functioning of a program of national interest. We urge the Minister of Environment, Waters and Forests, Mr. Costel Alexe, to take action and intervene for AFM to reconsider the rejected files,” says Patres.

“The vast majority of files are rejected on the grounds of expired documents, although these documents were valid when they were submitted to the installers. It is not the fault of the citizens/ installers that the submission of the files was suspended for a period due to suspicions of fraud at AFM.”

“It’s a joke against the citizens and the plumbers. After long expectations and repeated malfunctions, which we see that AFM does not assume, thousands of people find that they are rejected for reasons that seem to be invented precisely because the program does not work. Appeals, lawsuits mean wasted time and money for those who hoped they could access funding and become prosumers. At the same time, it means a potential block of the AFM activity,” says Viorel Lefter, President of Patres.

In addition to reconsidering the rejected files, Patres requests the implementation of digitalization for the Program on the installation of photovoltaic panel systems for electricity production, in order to cover the consumption needs and delivery of the surplus in the national network, corroborated with the COVID-19 pandemic.

“Debureaucratization and digitalization are the biggest opportunity for Romania in this crisis. We should all encourage this process. We request the AFM to urgently reconsider the rejected files so as not to permanently compromise the program. Such critical situations due to some stuttering of the authorities can lead to the total discrediting of the very idea of Prosumer in Romania, in the context in which the Green Deal is the most important objective of the European Union in the next decade,” states Viorel Lefter.

previousSNN announces the planned shutdown of the first reactor
nextTomorrow@Work migrates online! Learn from top experts what the future of the workforce will look like in the new context