Acasă » Renewables » Pablo Otín (Powertis): In 10 years’ time renewables will replace all the other resources

Pablo Otín (Powertis): In 10 years’ time renewables will replace all the other resources 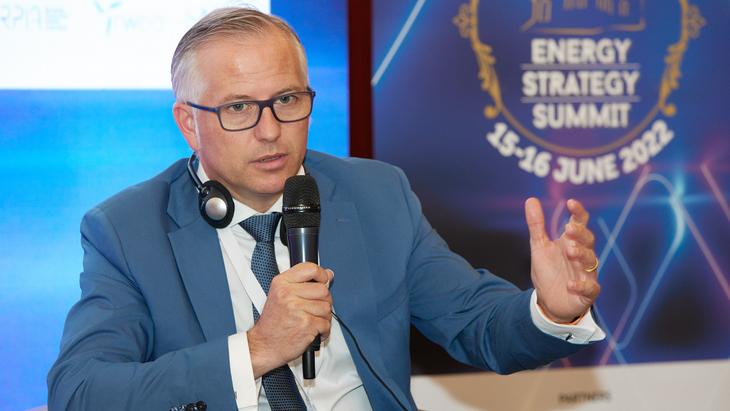 Powertis is one of the largest solar developers worldwide. The company specializes in eco-voltaic projects, said Pablo Otín, CEO and co-founder of Powertis, at the Energy Strategy Summit 2022, an event organized by Energynomics.

“We play a significant role in social scale. We involve everyone in the community and we give something back. We give away electricity, we give scholarships, funds. We give a lot of support. A second thing we do as well is agrovoltaic. You may have heard about it from other countries, which is combining solar and agri-business. In some places, that’s the only way. For example, in Denmark, Italy, other parts of Europe, and hopefully, someday, here in Romania, we combine solar business with the agro-business. And that’s a tremendous opportunity. People continue doing work on the solar side, as well as in agro-business”, he said.

The company has 100 employees and operates in eight countries. “We came to Romania in early 2021 and we started doing projects 18 months ago. It seems like yesterday, but a lot has change. Why Romania? Why not – you have talented people, land, a lot of room to grow. You talked about Hidroelectrica, and hydro is great, but how many more hydro plants can you build? You have a free grid, there are a lot of opportunities,” he added.

“There is no more gas, we’re moving into renewables, whether you like it or not. In ten years’ time, we’ll see a lot of wind and solar, the existing hydro, we’ll see batteries, we won’t see gas, we won’t see nuclear, simply because they will be displaced by the economics. The economics, at the end of the day, is what matters to everyone, and solar and wind makes us an unbeatable solution. Now there’s a lot of competition in Romania, and we’re here for many years to come,” said Pablo Otín, CEO and co-founder of Powertis.