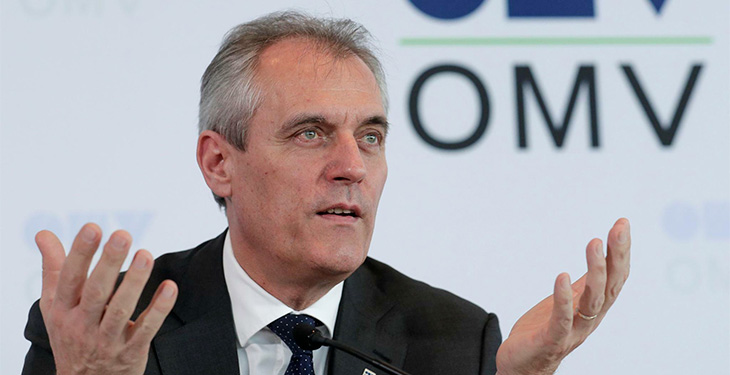 The head of OMV has accused the US of trying to “dictate” energy policy to its allies, calling on the EU to defend any companies threatened by sanctions from Washington for their involvement in constructing a controversial Russian gas pipeline.

Rainer Seele, the Austrian energy group’s German-born chief executive, said the construction of the Nord Stream 2 pipeline — which will deliver Russian gas to central Europe — was being attacked by the US as Washington wants to secure markets for its own gas supplies. “I would like to hear whether or not Europe is going to protect the independence of their own countries when somebody else would like to dictate to Europe what kind of energy policy they should follow,” Mr Seele told the Financial Times. “I think in a fair partnership you have to respect the positions of each party and Europe should work and fight for their own position.”

His comments come after Rick Perry, the US energy secretary, said last week that the US was close to imposing sanctions on companies involved in Nord Stream 2, which the US has long accused of being an attempt by Moscow to increase Europe’s dependency on Russia for energy supplies.

European companies including Royal Dutch Shell, OMV, Engie, Uniper and Wintershall have helped finance the pipeline’s construction — which is currently about 50 per cent completed — while the parent company is controlled by Gazprom, Russia’s state-backed gas giant.

previousMihnea Constantinescu Association, launched in the presence of the Israeli Ambassador
nextVast Resources raises 1 mln. euro for Baita mine in Romania