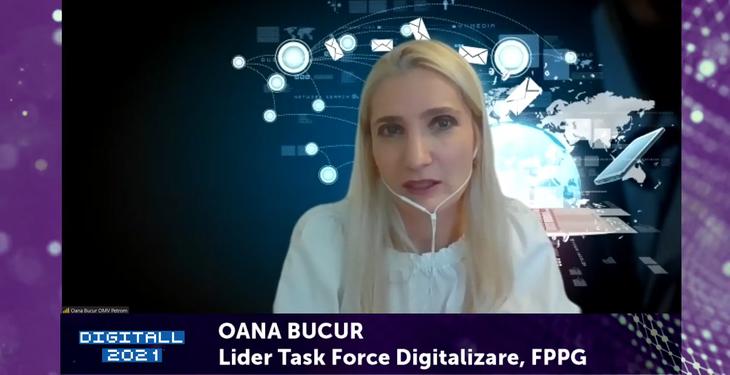 Romanian Oil&Gas industry needs the declassification of data in order to adopt new technologies, said Oana Bucur, Leader of the Digitalization Task Force of FPPG, at the conference DigitALL 2021, organized by Energynomics.

“We have not yet reached digitization, the less we can talk about digital transformation. We are still working, to be specific, with paper files,” she explained. “The problem is crucial in the Upstream sector where essential data – resources and reserves – are still considered as classified data. The data must be physically stored in a secured room, in accordance with the law. The room is totally disconnected from the internet, and when any documents leave that room, it is mandatory to use military mail. The data we are discussing is not a state secret, as it is considered work secret by the regulatory bodies, thus at of a lower grade, but it is still subject to more or less the same rigors,” Oana Bucur claimed.

Not only technological opportunities, but the opportunities to attract work force educated in the field of technology are also missed. “The attractiveness of our domain is decreasing year on year and we feel it more and more,” Oana Bucur said. “Cloud and advanced technologies are already being studied at Polytechnic, but we in companies do not have access to these technologies, although our suppliers already use them. Legislation in this area has not been updated in recent years and is not adapted to technological developments”.

The European Regulation 1807, which will have to be adopted in Romanian legislation by the end of May 2021, could solve some of the problems. The Regulation says that operators can store their data anywhere in the European Union, as long as they benefit from the most easily accessible locations. The Regulation was issued in 2018, and Romania had 3 years to comply and implement it.

“We, FPPG, have researched, and we have found that Romania is the only country to maintain this status of work secret, while in all other countries such data is either confidential or public. In Norway, for example, data on the resources in the fields are publicly available online. We are in a permanent dialog with the authorities in order to declassifying data in the oil and gas sector, and we see openness in this regard, all the more so as, in August 2020, the National Agency for Mineral Resources – NAMR has issued an order so that part of the information has been declassified for the coal industry.”

DigitALL 2021 was organized by Energynomics, in partnership with reputed organizations such as AHK Romania, CIO Council, BusinessMark with the support of our partners: ABB România, ACE – Industrial Software Solutions, Enevo Group, Safetech Innovations.

previousAdrian Boiarciuc, Romgaz: We need new technologies, we need cloud
nextMarinel Stănilă, Safetech Innovations: Cybersecurity is much more than IT