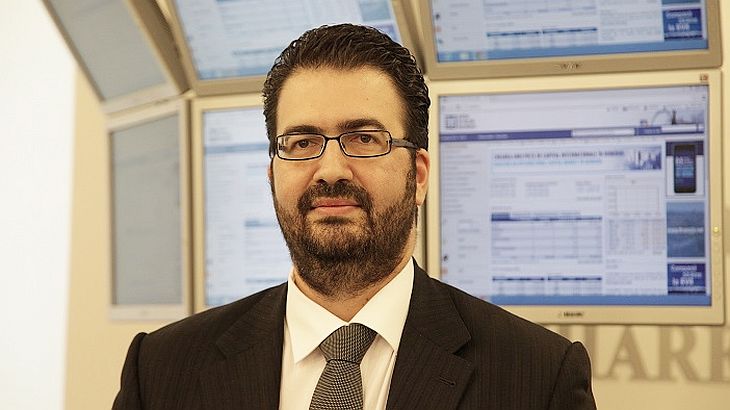 “We have been involved in numerous real estate projects in the past, we have some land and assets for sale, and for several years we were engaged in photovoltaic projects,” Tsamis told energynomics.ro.

“We have three ongoing projects in various stages of development in photovoltaic parks and the total investment will be of about 7 million euro,” says Argyrios Volis (photo), CEO of NQE.

“Switching to the third tire of BSE help us through openness and transparency offered to investors. We are currently discussing a capital increase, and will probably pursue a second increase until the end of the year, but now we cannot provide more details,” said Volis.

The first photovoltaic park of 1.09 MW has become operational after an investment of 1.7 million euro at Bolintin Deal. Other 6 MW projects will follow in Codlea, near Brasov.

In addition, NQE will build a small hydropower plant in Buzau, of 1.58 MW, which will drive up all current projects to about 10 MW.

NQE still has real estate investments and offers consulting services. The company was initially listed on the over-the-counter market in 1996.