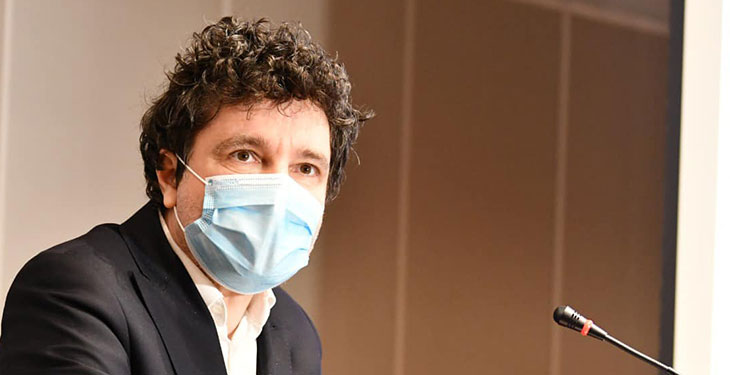 The mayor of the Capital, Nicușor Dan, announced today that PMB has submitted projects worth 7 billion euros that will be financed by European funds, through National Resilience Plan (PNRR), including the creation of a temporary thermal plant at CET Titan, as well as new transport electrification projects. He also announced in a press conference that the City Hall will expand tram lines and tram purchases, create a new light rail line and turn diesel buses into electric vehicles.

“We have a set of district heating projects – they amount to 1 billion euros,” he said. At the same time, projects for environmental protection amount to 900 million euro.

“Today we had a discussion with the management team of the Ministry of Energy, but also with representatives from Elcen and Termoenergetica, regarding the thermal situation in the Capital and the solutions we can implement for better services offered to citizens. We agreed with the Minister of Energy, Virgil Popescu, on the need to create a temporary power plant at the former CET Titan. The water circuit from CET South and the northern area is very long. For this reason, the water pressure is reduced, which leads to the supply of heat below normal parameters,” the mayor of the Capital wrote on Facebook on Thursday.

“Thus, we create a temporary central that will allow the supply of heat and hot water at optimal parameters and will significantly reduce damage to the district heating network.

We are taking important steps so that the people of Bucharest have a guarantee of decent housing conditions next winter. We have already started the repair works on 15 kilometers of pipeline out of the total of 53 provided for this year, while for another 40 kilometers we will start the tenders and we will attract European funds for works in this field,” Nicușor Dan also stated.

previousElectricity price increased by 21% on PZU, in February
nextEnel Romania offers entrepreneurs access to coworking spaces through the Pluria platform