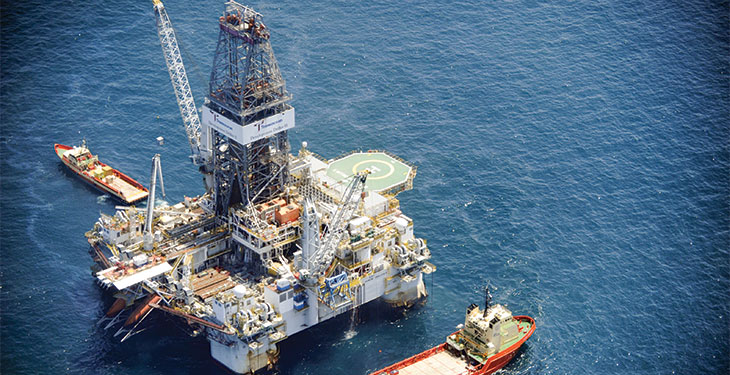 Offshore Law approaches adoption in Parliament. Streamlining the clearance process for the energy projects at the Black Sea would blaze the trail for making the final investment decisions in two major initiatives: Black Sea Oil & Gas (Carlyle Group) and the consortium formed of ExxonMobil and OMV Petrom. Meanwhile, Transgaz has been issued the building permit for the pipe intended to carry the natural gas from the Black Sea shore to the network of the national transmission operator.

In seven years (2010-2017), Romania attracted close to USD 6 billion investments in offshore operation, development and production of natural gas, shows a survey published by Deloitte România in early May. For years 2018-2040,Deloitte experts expect the aggregate investments to exceed USD 22 billion, considering the 9 fields in which 8 operators are currently active.

Offshore projects are considerably more expenses, and have a longer implementation cycle than the onshore ones, and 40-50% of the capital expenditures required for an offshore project cover the drilling and completion works (drilling rigs, development and production). Deloitte further explains that about half of the drilling and completion costs are represented by rig leases, and the rest by equipment, logistics, engineering services and consumables. For the offshore projects of Romania, Deloitte calculated CAPEX of USD 15.7 billion, and OPEX of USD 6.5 billion over the next 22 years.

The quoted survey estimates that more than 45% of the capital expenditures expected to be made in years 2018-2040 will remain in Romania further to development of the local economy. From the amount that includes also the operating costs, the domestic share will account for 63%.

USD 400 million could come from Black Sea Oil & Gas, confirms Mark Beacom, Executive Director, in an interview for www.capital.ro. “We worked for three years to get the final decision to invest in the Midia Natural Gas Development project, but there are still bottlenecks in the clearance process to be successfully issued the necessary permits. […] Unfortunately, these prolonged delays in adoption of the Offshore Law have an adverse impact on the other efforts we are currently making, and which are material for making the final investment decision, namely the open season procedure managed by Transgaz for connection to SNT, project financing, ability to conclude the sale agreement for the natural gas extracted, and the tenders for the equipment needed in the construction phase of the Midia Natural Gas Development project”, summarized Mark Beacom the status in mid May.

Once the final investment decision is made, two more years will ne needed to build the production rig, drill the development wells, lay the offshore and onshore pipes, and build the gas processing terminal. BSOG has already committed to sell approximately one billion cubic meters of natural gas a year to a company registered in Romania.

By 2040, the Black Sea offshore gas production could reach 170 billion cubic meters of natural gas, with 65% of this amount applied to cover for the domestic consumption, assess the specialists of Deloitte. “Development of natural gas projects in the Black Sea should bring along new opportunities also for other Romanian industries, and help them restore their previous achievements, or develop new products and services for the economy”, further reads the Deloitte survey. The scenarios put forward, “based on both public and private investors’ agenda”, show that a part of the Black Sea gas could be exported (35%) following the development of the natural gas transmission network planned by Transgaz.

Another part of the Black Sea gas could be used to heat at least ”one million households that currently secure heating via biomass, but will switch to gas between 2020 and 2030”. These outlooks, however, are conditional upon development of the natural gas distribution network, adds Deloitte.

The offshore gas could be further used in Romanian including for new highly efficient gas-fired cogeneration units that supply more than one million customers through centralized district heating systems.

Rehabilitation and development of key chemical and petrochemical assets could be also supported by the new amounts of natural gas produced in the Black Sea. For sure though, above all these could be used to cover the declining natural production, and at least in part the demand peaks in the cold season.

Income to the state budget

The information the Deloitte team has chosen to advance quantifies the income to the state budget to be generated by investments in hydrocarbons at the Black Sea – more than USD 26 billion in 22 years. These investments are expected to add USD 40 billion to the Gross Domestic Product of Romania, with an estimated impact on the labor market translating into an yearly average of more than 30,000 jobs.

We should add that, for the scenarios above inventories by Deloitte, additional investments will be required (and will be easier to support), which are assessed in the quoted survey at USD 8.9 billion in years 2020-2040 in “midstream, downstream and other industries”. These investments come on top of the ones estimated exclusively for offshore operations, and bring aggregate income of USD 18.3 billion to the state budget over two decades, in addition to the USD 26 billion calculated by Deloitte for the offshore projects.

The Deloitte analysis draws attention on the fact that royalties amount to USD 5.5 billion out of total income to the state budget; added to the other figures and benefits identified and estimated by Deloitte, this amounts renders even more difficult to understand the failure of the authorities of Bucharest to make a decision on the future tax framework applicable to the oil and gas industry, in particular to royalties.

The draft law on certain measures required to implement oil operations by holders of oil agreements regarding offshore oil fields was adopted by the Senate on 12 February 2018, that is four months after its submission to the Parliament by the Government. One week later, the draft was put for debate by the Chamber of Deputies. The last favorable clearance was received from the Commissions for Budget, Finance and Banks was received on 11 April, and on 2 May this was put on the agenda of the Chamber of Deputy Plenary. On 8 May, the Permanent Bureau of the Chamber of Deputies approved extension of the term for submission of the report by the Commission for Industries until 27 September 2018.

“He stalls, and I don’t understand why”, added Virgil Popescu referring to the PSD Deputy of Constanta Iulian Iancu. “On 29 April, the 60-day term for this report expired. And during all this time, the draft was not put on the agenda. We had a meeting with the operators, and they need the law this summer to be able to make the final investment decision. Had postponement been really necessary, nobody would have been that absurd to refuse it. But what about when you are aware that people ask for this law, why postpone it? I don’t know, there are a lot of speculations”, declared Virgil Popescu for G4Media.ro.

This interview firstly appeared in the printed edition of energynomics.ro Magazine, issued in June 2018.