Acasă » Electricity » Nagy-Bege: About 44% of household customers did not have contracts on the competitive market by end-July

Nagy-Bege: About 44% of household customers did not have contracts on the competitive market by end-July 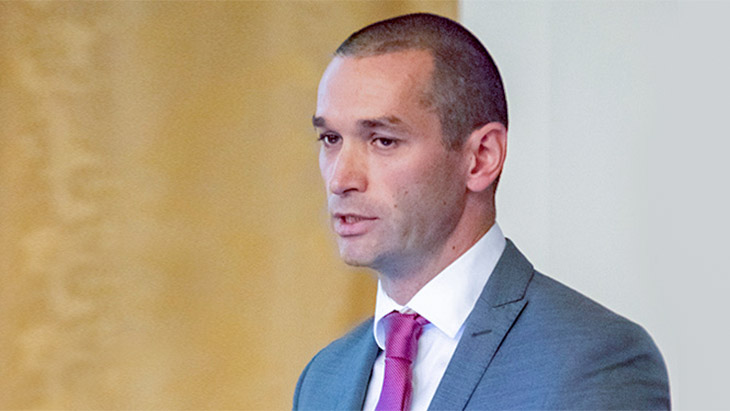 At the end of July, almost 44% of household customers had not signed contracts on the competitive market for both natural gas and electricity, according to data presented on Tuesday at a specialized conference by Zoltan Nagy-Bege, vice president of the Authority. National Energy Regulators (ANRE).

“At the end of July, in the electricity market, out of almost 8.9 million household customers over 4.9 million, almost 56%, had a competitive contract signed with an electricity supplier. The remaining of almost 4 million customers (about 44%), designated by the suppliers as passive, have not yet done anything. Obviously, they still have power at the universal service price for six months, respectively from January 1 to June 30 and from July to the year-end. At natural gas, out of 4 million household customers, about 1.7 million have signed a competitive contract, since liberalization – representing almost 43%. The so-called inactive or passive customers are of about 2.3 million, and represent 57%, and they continue to benefit from the natural gas supply without any action.They are notified at least two months before the application of those prices automatically at the expiration deadline of previous prices and can decide if they do or do not enter the competitive market, sign a contract or not,” Nagy-Bege was quoted as saying by Agerpres.

According to the ANRE official, for the first seven months of the current year, the average of the contracts signed on the electricity market is of 283,000/month, while on the natural gas segment it is of 77,000/month.

“Since the elimination of regulated prices, on January 1, 2021, for electricity, almost two million customers have switched to the competitive market, and for natural gas – over one million customers. During the seven months of the year, we have an average of 283,000 contracts per month for electricity and 77,000 contracts per month for natural gas, which means, in both markets, more than 17,000 contracts per day, on a calculation of 20 or 21 working days each month. These exceed all my expectations regarding the competitive market rate or the appetite for competitive contracts from domestic customers. It is important to note that we have embarked on a path that will bring more attention from suppliers to these customers, more concern from customers for their invoices and consumption, especially as a result of price increases that have already occurred,” said the vice president of the regulatory body, who noted that “wholesale market price increases may not have reached absolutely all household consumers on final bills.”

He also said that with the liberalization of the electricity and natural gas market, customers’ expectation was that it would “bring fair prices for them”.

“I don’t think anyone has said that liberalization will necessarily bring us lower prices, but certainly consumers will be more informed and maybe a large number of them already are and will be able to choose the best offer both in terms of price, as well of their needs,” added Nagy-Bege.

The Romanian National Committee of the World Energy Council (CNR-CME), under the auspices of the Ministry of Energy, organizes, between September 6 and 8, the Romanian Energy Symposium – SIREN 2021 on “Romanian Energy Sector – The Chance of a New Beginning”.

previousEric Stab: The energy transition in Romania will need investments of 70 billion euros by 2030
nextVlăsceanu: Today we pay for the decisions that were not taken 20 years ago