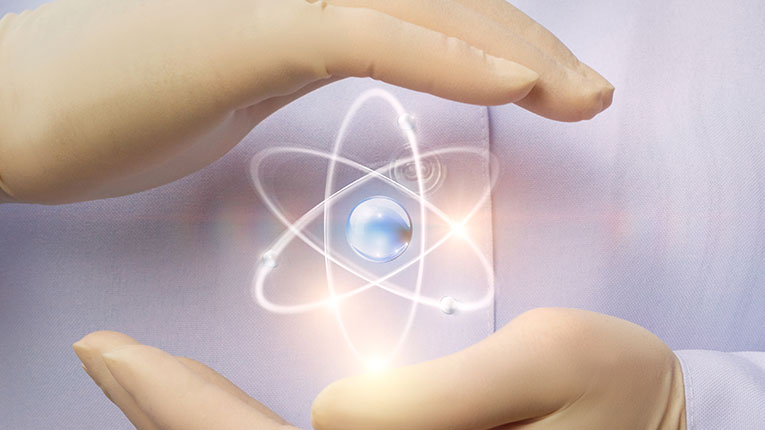 As part of its civil nuclear development program, Nuclearelectrica organized in partnership with ROMATOM, together with Candu Energy Inc., a member of the SNC-Lavalin Group, NuScale Power, Fluor and Sargent & Lundy, between 19-21 of October 2022, the event “Romania’s Nuclear Energy Projects – Suppliers Days” in order to bring together an important part of the national industry leading edge of equipment production and service delivery companies, which can play an essential role in developing the strategic nuclear projects of Romania.

More than 100 companies of potential good and services suppliers and potential partners involved in the industry attended this event to discuss the opportunities to create future partnerships to successfully complete two strategic projects for Nuclearelectrica and for Romania: completion of Cernavoda NPP CANDU Units 3 & 4 (New Build) and Small Modular Reactors Project. Duing the event, organisers offered partcipants details about the scope of work and services and project schedule for these significant energy projects, and engaged in preliminary partnership opportunities discussions.

“We have a strong commitement to develop both large-scale reactors as well as small modular reactors. We believe both have a valuable role to play. Large scale reactors can ensure clean, affordable baseload electricity, and, in addition, SMRs can provide grid flexibility, and non-electric applications such as heat and hydrogen. They are both needed to ensure security of supply and decarbonization and Romania needs new nuclear capacities, it needs clean, stable and affordable energy, as a solution for achieving the energy safety and protection of consumers.

Also, we are commited to leverage our company’s more than 26 years of expertise in nuclear operation at the highest safety standards and the Romanian nuclear industry’s more than 50 years of expertise and become a regional leader in operation, a hub for producing and assembly components and a center to prepre the future generation of nuclear engineers. In doing so, we are commited to build strong and reliable partnerships with local suppliers and to involve the Romanian industry in such complex projects,” said Cosmin Ghiță, CEO of Nuclearelectrica.

“The recent inclusion of nuclear energy in the Taxonomy for Sustainable Financing represents a positive signal for the further development of national nuclear projects and a clear recognition of the role of this technology in the framework of European decarbonisation efforts and the reduction of dependence on energy imports. Events like Suppliers Day represent an opportunity to strengthen the capabilities of the local industry, to identify new partnerships and capitalize on skills, for the benefit of national nuclear projects,” added Dr. Teodor Chirica, President Emeritus, ROMATOM.

“Building a robust supply chain for tomorrow’s advanced nuclear technology has been a priority at NuScale since day one,” said John Hopkins, NuScale Power President and Chief Executive Officer. “We thank our supply chain partners both in the U.S. and abroad for their continued support, and we look forward to working with these global manufacturers as we construct a the first NuScale SMR in Romania. Also, we are confident in the potential of Romania’s nuclear industry suppliers’ potential in participating in such an important project for Romania.”

“Cernavoda’s CANDU nuclear reactors have provided Romania with a great deal of energy reliability and security, generating 20% of the country’s electricity, and have contributed to cleaner air by reducing greenhouse gas emissions by over 10 million tonnes of CO2 a year. All this while generating power at the lowest cost among all energy sources. As the steward and original equipment manufacturer of CANDU technology, SNC-Lavalin has been in Romania since 1992 when Cernavoda’s first reactor was being developed. We look forward to partnering with SNN and ROMATOM suppliers for the Unit 3 and 4 new build completions at Cernavoda NPP”, also said Bill Fox, Executive Vice-President, Nuclear, Canada, SNC Lavalin.

Based on the ROMATOM study on the capability of the Romanian Nuclear Industry to participate in the development of the Romanian nuclear program, it is estimated that the potential participation of the Romanian Nuclear Industry, with reference to the goods and services identified in this study, can be evaluated at about 1-1,6 billion Euro, which would represent between 25% to 40% of the total value of the Engineering, Procurement, Construction and Commissioning Contract, thus representing a significant contribution with a major impact on the national economy and its re-industrialisation. The study also estimates that local industry can provide a maximum of 19,000 jobs committed to the development of the Romanian nuclear program (11,000 existing jobs plus 8,000 jobs that can be created if orders are received).

According to the report of the International Energy Agency in collaboration with the Nuclear Energy Agency, concluded in 2020 with regard to the costs of electricity, the refurbishment of nuclear units has the lowest cost of electricity among all sources of energy – on average 32 USD/MWh (as compared to 50 USD/MWh for wind energy; 56 USD/MWh for solar panels; 91 USD/MWh for coal-based plants). The cost of energy generated by new nuclear capacities, of a new size, is 69 USD/MWh, according to the same report.

previousDelgaz Grid is testing the use of hydrogen mixed with natural gas
nextAmCham: Romanian Agency for Investments and Trade, a long-awaited step towards facilitating investment