Ministry of Energy: Government resumed talks on the Rompetrol Memorandum 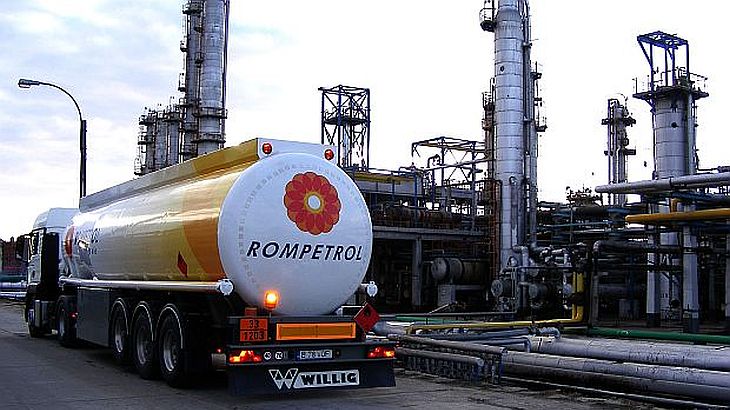 The government has resumed talks with KazMunayGas on Rompetrol memorandum, particularly relating to the creation of the Romanian-Kazakh investment fund that would achieve in the long-term an asset base of 1 billion euro, told energynomics.ro officials of the Ministry of Energy, SMEs and Business Environment.

“At the moment there are talks with KMG International NV in connection with this investment fund”, said the quoted source.

Rompetrol officials did not want to offer any extra details, at least for the time being.

Last week, former chief of state privatizations OPSPI, Gabriel Dumitraşcu, said in an energynomics.ro interview that the Rompetrol memorandum stagnated in a full election year, because of the fear of the negotiating committee members to attend its meetings, but it would be continued by the government – and subsequently confirmed by Prime Minister Victor Ponta.

“No procedure was finalized for the share sale and realization of the investment fund of one billion dollars. Nobody wanted to sign any paper, no official, as they said Basescu will make files”, said Ponta in a TV show, referring to possible threats with penal files from the former president Traian Băsescu.

Ponta said that he would not agree to the signing of the memorandum until there is no doubt about the guarantees regarding the establishment of the one billion dollars investment fund.

“Gabriel Dumitraşcu did not signed the memorandum on his own. He had the government agreement. I think the memorandum will go on“, also told us a former high official.

What are the benefits of state?

The Rompetrol Memorandum contains two stories: one related to the write-off of debts, and another on the creation of an investment fund that offers the state money and benefits from new jobs creation.

In January 2013, the market capitalization valued 26% of Rompetrol to about 125 million dollars, and the strate will receive 200 million dollars, according to the memorandum. In addition, the creation of the 1 billion dollars long-term fund provides state for free with 20% of the shares.

The state initially claimed, before signing this Memorandum, the full recovery of 570.3 million euro from Rompetrol shareholders. On the other hand, the group said it brought to the state budget about 8,673 million dollars in the period 2004-2012,of which tax dues paid by Rompetrol to the state budget of 24,312,276,819 lei, according to data cited by ANAF for gandul.info.

Following the memorandum, the state will actually collect only 270 of the 760 million dollars credited to Rompetrol in 2003. In conclusion, the major benefits will come from the investment fund, a novelty for Romania, giving its asset exposure on energy, apart from the Property Fund. And the 18% of the company that will remain in state hands, unless it will be diluted through new capital increases.