Acasă » Oil&Gas » Furnizare » Ministry of Economy: Vestmoldtransgaz takeover will be finalized next week

Ministry of Economy: Vestmoldtransgaz takeover will be finalized next week 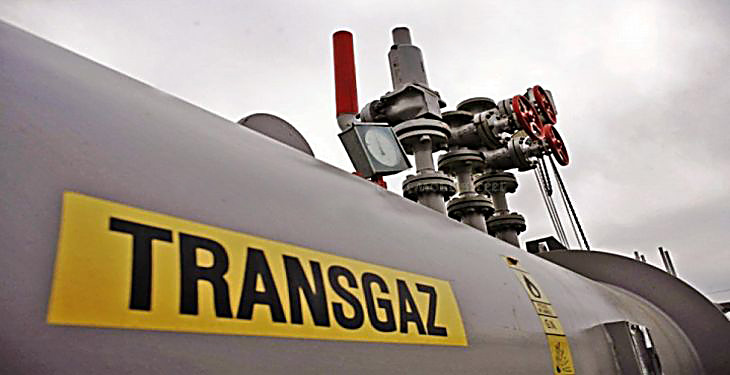 The takeover of s state-owned Vestmoldtransgaz by Transgaz will be completed next week after the suspensive clauses of the privatization contract are closed, the Ministry of Economy informs.

According to the cited source, a team of specialists belonging to Eurotransgaz, the company owned by Transgaz in the Republic of Moldova, will go to Chisinau at the end of next week to assess the Vestmoldtransgaz patrimony, and in agreement with the competent authorities of the Republic of Moldova to sign the takeover documents.

“By signing the sale agreement of the Vestmoldtransgaz State Enterprise on 28 March 2018 by Eurotransgaz, a company established and owned by SNTGN Transgaz in the Republic of Moldova, and the authorities of the neighboring country, the premises for the construction of the Ungheni-Chisinau gas pipeline were created, a vital project for ensuring the energy security of the Republic of Moldova, and the necessary conditions for the takeover of the Vestmoldtransgaz and the start of the gas pipeline construction were established”, the press release wrote.

“The support provided by the Moldovan partner during this period, from the moment of signing the contract to the present, combined with the sustained efforts of the interdisciplinary teams from Eurotransgaz and Transgaz, is nearing the moment of finalizing the transaction, according to the contract agreed by the contract and allows us to take over Vestmoldtransgaz. Therefore, all the premises are created to be able to mark this event in the first part of September. I want to congratulate the entire Transgaz team for the effort made on this truly strategic project. Transgaz has demonstrated its ability to become a player regional level in the energy sector, both through the takeover of Vestmoldtransgaz and through the progress made in the BRUA gas pipeline construction”, Economy Minister Danuţ Andruşca said.

In turn, Transgaz’s General Manager, Ion Sterian, stressed that after completion of the takeover process, the purchase and construction stages for the Ungheni-Chisinau gas pipeline will follow, both essential for Moldova’s energy security.

“The complexity of the privatization process of the Moldovan company by Eurotransgaz involved considerable efforts on both sides. Transgaz demonstrated discipline and firmness in keeping with the agreed timetable”, Sterian added.

The announcement that Eurotransgaz, a subsidiary of SNTGN Transgaz SA, was declared winner of the privatization process of the state owned Vestmoldtransgaz, was made by the Prime Minister of the Republic of Moldova Pavel Filip on February 27, 2018 in Chisinau, in the presence of the Prime Minister of Romania, Viorica Dăncilă , and the Minister of Economy Danuţ Andruşca. A month later, on March 28, 2018, the privatization contract of Vestmoldtransgaz was signed in Chisinau, during an event attended by the Romanian Economy Minister and his counterpart in Moldova, Chiril Gaburici.

previousANRE: 85.88% of the gas consumed in Romania was traded on RCE in May 2018
nextMFP has established the dividend reporting mechanism distributed quarterly by economic operators