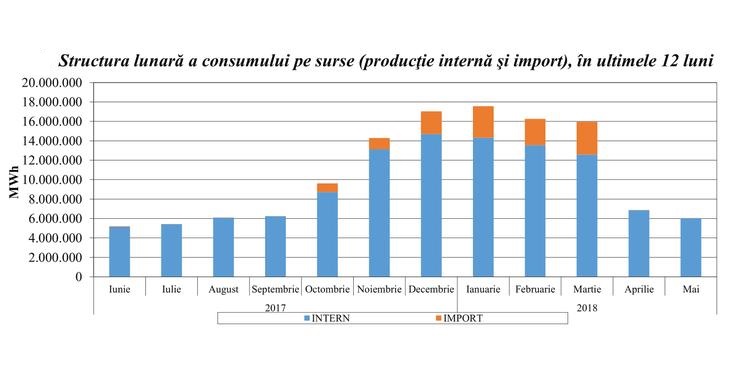 The volume of natural gas traded on the centralized markets in May 2018 reached 85.88% of the total domestic consumption, according to the latest monthly report of the National Regulatory Authority for Energy (ANRE) regarding the gas market in Romania in May 2018.

Domestic consumption of final customers was 5.81 TWh, down 3.97% over the same month of the previous year.

On the centralized platforms operated by OPCOM no transactions were made.