Acasă » Electricity » Mihai Guștiuc: Solar Turbines, a Caterpillar Division, is one of the pioneers of the hydrogen industry

Mihai Guștiuc: Solar Turbines, a Caterpillar Division, is one of the pioneers of the hydrogen industry 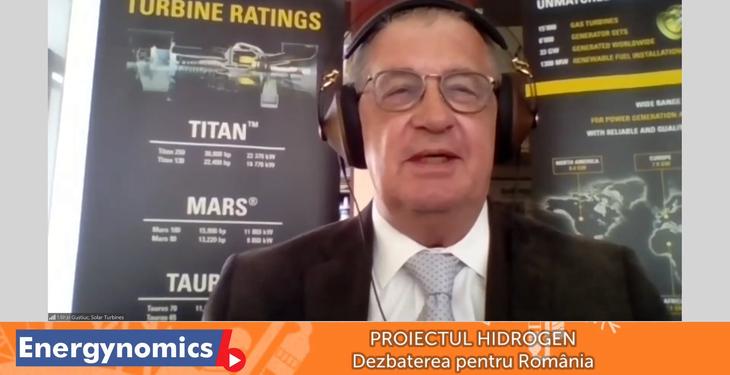 Member of Caterpillar, Solar Turbines is a US company based in San Diego, California, to turn 100 years old this year. “The company has installations in more than 100 countries – totalling more than 16.000 cogeneration turbines and more than 6.000 turbines for gas compression sold. We have more than 8.000 employees. In Europe, the headquarters are located in Riazzino, Switzerland, from where sales and maintenance locations are coordinated, the newest being the production/repair facility in Zebrak, Poland. The Solar Turbines vision for the period 2021-2030 includes the switch to gas as intermediary fuel, which is more usable for electricity generation, and then the intermediate periods of using natural gas with hydrogen or other forms of biogas; we might even reach to burning fuels which are wholly bio-based or hydrogen-based in 2030, as this is the demand from the market “, said Mihai Guștiuc, General Director Tehning Consult, the representative of Solar Turbines for Romania, during the ONLINE conference “Project Hydrogen – the Romanian debate”, organized by Energynomics.

Solar Turbines is active in two directions. The first concerns applications for gas transport – hydrogen including – because the company produces gas compression turbines. The second area is represented by industrial processes, which also include cogeneration for areas such as residential or other similar uses.

Solar Turbines was a pioneer in the use of hydrogen. The first use of hydrogen blended with natural gas took place in 1985 when equipment using up to 40% hydrogen was installed, tested and put into service. SoLoNOx was patented in 1992. A rapid evolution followed and in 1995, already a US refinery operated with a Taurus 60 turbine with up to 100% hydrogen. In 2003, SoLoNOx started to be used in applications with hydrogen mixtures of up to 9%, and in 2010 another turbine, Titan 130, allowed operation with up to 60% hydrogen in China. Research partnerships for the development of SoLoNOx followed and in 2018 there were already 46 turbines with more than 2 million operating hours. Today, SoLoNOx can accept 20% hydrogen in the mixture. With conventional combustion, up to 100% hydrogen can be used.

“Everything depends on the global evolution of hydrogen use. Concerning hydrogen-blended gas distribution networks, we are already involved in two pilot projects, one in Italy and the other in Germany. Italy wants to transport up to 10% of hydrogen in the fuel, with the project to be put into operation in Q4 2021. The other project, in Germany, where a Titanium 130 will be installed, is much more promising as it will allow a 20% mixture of hydrogen. The project will be put into operation by the end of 2022”, said Mihai Guștiuc.

previousMihai Aniței: The transition to hydrogen must be taken step by step
nextDumitru Coman: Chimcomplex uses hydrogen and CO2 to generate a high value-added chemicals chain