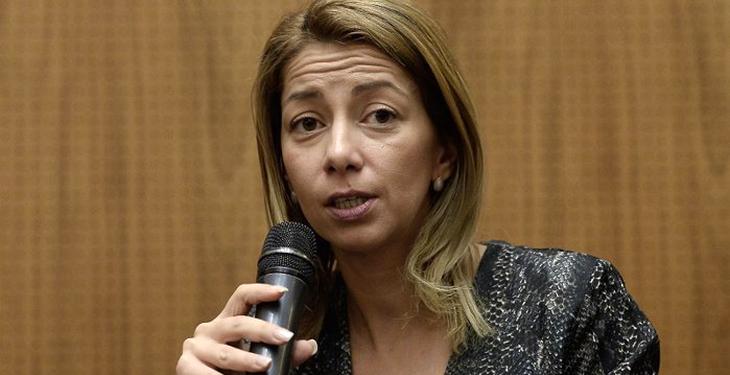 Romgaz is currently adjusting its investment strategy to take into account the new environmental policies decided in Brussels, said Mihaela Toader – Director of Strategy, International Relations, European Funds Department, Romgaz, at the Regional Approach Brussels – Energy Transition conference, organized of Energynomics. In the next 2-3 years, in addition to its own gas-fired plants, Romgaz will invest in renewable capacity generation capacities of about 100 MW to ensure the necessary peak energy mix.

Everyone is talking about hydrogen, but we have not yet seen the mechanism of research and (technological) transfer to large companies – Mihaela Toader, director of strategy, International Relations, European Funds department, Romgaz

Companies’ strategies depend on EU policies

European policies have already been delayed, and this is hampering companies’ decisions. “For Romania, it is very important to see how the policies will be formulated, not only regarding the Restructuring Fund, but also related to the Modernization Fund. There is also the cohesion policy, which, for Romania, is an enormous facility dedicated to investments. It should help us develop and improve competitiveness at the local level.”

“We are ready to invest. We are a solid company, we want to strengthen our core business, gas production, and make very good use of this unique product – the only solution available at this time to increase electricity generation capacity in Romania. We aim to generate electricity with the help of the best technologies”, said Mihaela Toader.

Romgaz will use the Modernization Fund for various projects, including the Mintia natural gas plant, a project that has been worked on for the last two years and which has already a feasibility study approved. The project for renewables will be included among these projects only next year, as only mature projects with an already existing co-financing component can be included in the list of the Modernization Fund.

“In order to contribute to climate neutrality, we are closely following the European taxonomy, now in the design phase, including hydrogen. We also monitor renewables, we want to combine the two resources and use gas when renewables do not produce”, said Mihaela Toader.

She insisted that technology neutrality must be respected and “not put the gas out of transition”. “We have to be honest to admit that we have the emission targets, and these cannot be met in the next 10 years without using the more predictable transition fuel – natural gas.”

The 2014 story is happening again

Now is the time of preparation and observations, because the time available until the beginning of the new financial year is very short. “Practically, the same story from 2014 is happening again: neither the budget nor the new regulations were adopted before the new financial excercise. There was a lot of uncertainty, no one knew how to build a future project in order to have eligible projects, and this led to a series of delays, low absorption rate and a lack of confidence. We see this situation once again. Unfortunately, for the Modernization Fund, which should be our main fund for transition, (the files) are not ready, the main act was tacitly adopted in July, and the Member States are trying to regain ground and adopt it in their own legislation, in order to be able to implement it. This is very worrying for us”, she said.

“For Cohesion Policy, there is a proposed compromise solution, according to which the European Regional Development Fund can dedicate 5% for natural gas, but we do not know what the positions of the Parliament, the Council and the European Commission will be,” said Mihaela Toader.

“I want to remind everyone that a project, either in cogeneration or combined cycle, needs about two years to be prepared correctly. Everyone wants to launch new projects, we know that we have a shortage of electricity in Romania, which we must address, to ensure energy security, but we do not know how to boost these projects to comply with agreements at European level. That is why, for us, as a company, it is a challenging period, we try to adapt in order to face any possibility that could appear following the new legislation”, Toader explained.