Acasă » Renewables » MET Romania filed a bid for the CEZ wind farm, it is interested in cogeneration

MET Romania filed a bid for the CEZ wind farm, it is interested in cogeneration 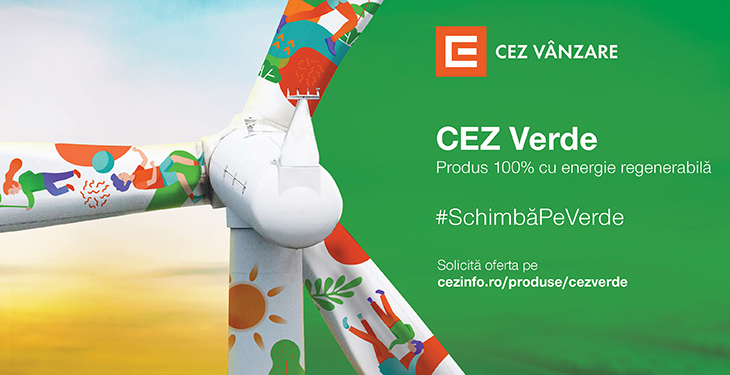 About 20% of the shares of the MET group were purchased by the Singaporean company Keppel, and the capitalization of the group will allow new investments to be made in Europe, says Petre Stroe, CEO of MET Romania Energy.

MET has already submitted an offer for CEZ wind farm, but would like to balance the investment in a new wind farm, with low technology costs, but also in some medium-sized cogeneration units (50-100 MW).

Or, the capitalization of 50 million euros, obtained by selling 20% of MET shares, will be able to ensure the local expansion of the group in Romania, after the acquisition of Repower and RWE, becoming one of the most important energy and gas suppliers in the market.

“There is an analysis that will be completed by spring … between what it means to purchase an existing, old wind park, and the construction of a new one, including the construction of new medium-sized cogeneration capacities (50-100 MW). The gas from the Black Sea will not remain too much there, and, with all the increased capacity on the western border, it will not be exported in too large of a proportion – hence the need to develop new cogeneration plants for electricity, heat but also system services,” said Stroe.

“We still do not have the final financial data for 2019, but I can say, with satisfaction, that we have succeeded in achieving everything we have proposed for this year, namely: a growth of business by at least 5%, compared to 2018, the amount of energy delivered to customers exceeds 4 TWh (3.1 TWh electricity and 0.9 TWh natural gas) and we have a portfolio of approximately 2,300 consumers,” said Petre Stroe.

Another success of the company is the rapid rise in the ranking of suppliers on the Romanian competitive market. With approximately 5,000 consumption points served, MET Romania Energy manages to gain a market share of over 7%.