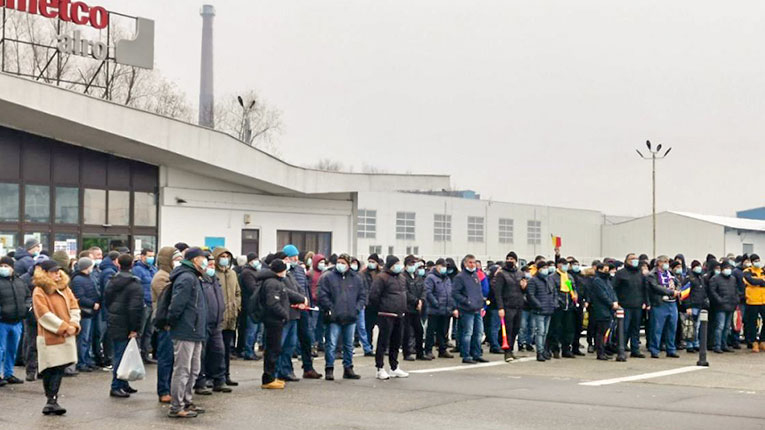 About 400 trade unionists from Alro Slatina, as well as from other companies in Slatina and in the country, organized large protest movements on Thursday, demanding the “rescue of the Romanian industry”, affected by the problems on the energy and gas markets.

Demonstrators also called for a “halt to the energy mafia”, pointing out that the increase in tariffs is affecting both large industrial consumers and household consumers.

The trade unionists said that they had a meeting with the Minister of Energy, Virgil Popescu, in the first part of the day, during which they asked the Government for measures to ensure a long-term predictability of the price and energy for industrial consumers.

The trade unionists from Galati and TMK Slatina and Resita were also present at the rally in Slatina, as well as representatives of Cartel Alfa affiliated unions, which also mentioned the problems on the natural gas market that affect large consumers, such as Azomureş, according to Agerpres.

“The problems you have are also with other companies in Romania that consume large amounts of electricity and if you have problems today, tomorrow, the day after tomorrow, other companies may also have them. The price of energy does not only affect you. There are companies that have closed down and sent employees at home,” said Metarom representative Danut Onica.

At the end of the protest, a delegation of trade unionists had a new meeting with the prefect of Olt County.