Jozsef Balogh: An (almost) perfect match – the missed cooperation between the Romanian and Hungarian electricity systems 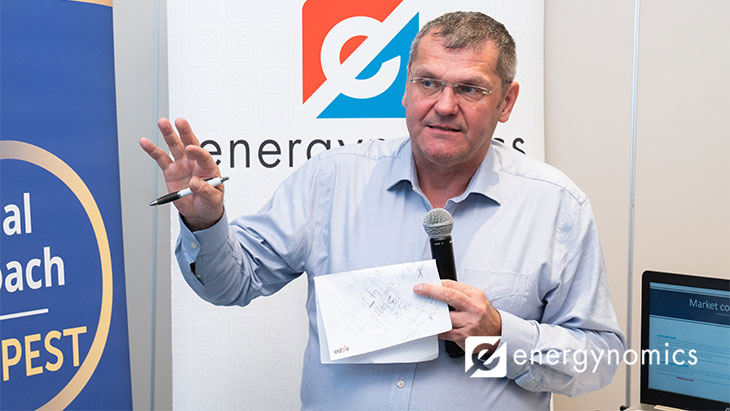 Coupling Eastern European electricity markets at the European level was a big mistake. This forced project was created to hide the fact that the German energy system and Berlin’s energy policies were flawed as a result of the aggressive insistence on the closure of coal and nuclear plants and replacing them with renewable energies.

The situation got worse in 2014, when “we went into madness”. “The European Union forced the market coupling part two, so now, everybody is connected with everybody from France to Bulgaria. The problem with this market coupling is that it was developed to hide the fact that the German energy system and Berlin’s energy policies were messed up. Germany, with this ultra-green, crazy, brain-washed policy shut down nuclear power plants just weeks before the start of the war in Ukraine. They are further shutting down their coal-fired power plants. Most conventional power stations were due to stop operating. The German green lobby thinks they will be so clever that Germany can produce all electricity from wind, solar and biomass energy. But that is impossible,” argued Jozsef Balogh, Senior Business Developer, Axpo Solutions AG, at the conference “Regional approach Budapest: Cooperation” organised by Energynomics.

For these reasons, Germany has turned from a net exporter of electricity into the largest importer and is doing so at the expense of countries such as Bulgaria, Hungary, the Czech Republic and some Scandinavian states. On the other hand, when Germany’s wind power plants produce at full capacity and the prices collapse “suddenly, grid companies are shutting down the borders and this cheap electricity never arrives in Romania or Hungary. Germany refuses to export cheap wind energy to Eastern Europe, talking about “system stability reasons” forcing the grid companies to reduce the available transmission capacity (ATC).

“Practically, Romania finances this ultra-green and completely messed up German energy system, but neither Romania nor Hungary gets anything back from Germany in return” he continued.

This forced coupling at the European level is a big mistake from another point of view: affordability of energy prices. “We can only hope that someone in Brussels will have a little brain to understand that you cannot link Germany, Bulgaria and Romania to the same price signal. For example, a peasant in Bulgaria has never seen as much money in his or her life as a German businessman in a month. But they are supposed to pay the same price for such a basic necessity, as electricity?” Balogh also said.

The coupling of electricity markets in 2012 – between Hungary, the Czech Republic and Slovakia – was a reasonably good idea and it worked surprisingly well. “Then, Romania joined the show in 2014”, and it created strong price imbalances because this country behaved in a strange way.

“Although Romania had enough water in the reservoirs, did not start its hydropower plants, when electricity prices were high. Instead, it was running expensive gas-fired power plants that were driving further up the exchange clearing prices. Since 2014, we have been stuck in this mess. The only way market coupling could work would be for everyone to behave rationally. When we have prices at OPCOM of 500 euros/MWh and you are sitting on a reservoir full of water, a normal person would run the hydro plant and produce electricity. Well, that did not always happen in Romania, which had major negative effects in Hungary,” said Balogh.

Romania and Hungary could and should have collaborated more closely in the development of projects and partnerships in the energy sector, given that the energy mix of the two countries is an almost perfect match. At the same time, market coupling pushes both countries to act in a way that is not necessarily normal.

As a quick reference to gas, Hungary has several advantages in this sector over Romania. For example, Hungary has double the gas storage capacity of Romania, of 6.5 billion cubic meters, and also twice the daily withdrawal capacity of 500,000 MWh/day. At the same time, the cost of a complete storage circle in Hungary is around 3 euro/MWh, compared to 5 euro/MWh in Romania. Despite these advantages, another “huge strategic mistake” of the Budapest government is the dependence on Russian gas imports.

Regarding our Eastern neighbour, Hungary was the only EU country with a joint border with Ukraine that refused to accept any Ukrainian electricity. Romania, correctly, agreed to import electricity from Ukraine – this helped OPCOM prices to stabilize at a lower level, than in Hungary.

“The Hungarian government seems to be the only one who loves the current gas arrangement. Unfortunately, Hungarians use 11 billion cubic meters of gas annually, of which Hungary can produce 1.5 billion in a good year. The rest comes ‘from Russia with love’: this is not necessarily a mutual relationship, but a one-sided dependency on Russian gas” said Balogh.