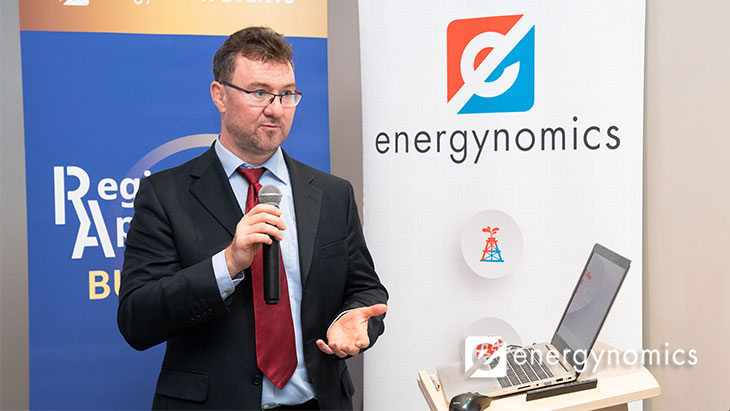 Hungary is in great need of gas from the Neptune perimeter in the Black Sea, due to its massive dependence on Russian imports, but in order to start production, Romania needs to clear up the main problem represented by offshore regulations.

“We definitely need this gas because Hungary has a very high exposure to Russian gas. The same is the case with the Republic of Moldova, which is being blackmailed by Russia. The good news is that this gas can be feasibly produced and there will certainly be a market for it. But regulation is the key,” said Tamás Pletser, EMEA Oil & Gas Analyst, Research Department, Erste Befektetési Zrt, at the conference “Regional approach Budapest: Cooperation” organised by Energynomics.

The Neptune offshore perimeter was discovered almost ten years ago, but it is still not put into operation, and this delay is “a kind of surprise”. According to Pletser, the three main issues that have led to these delays in the past have been the price of gas, which is now extremely favorable for starting production. The second impediment is represented by infrastructure because this project is too big for Romania’s consumption.

The Neptune project is expected to produce 3-4 billion cubic meters per year, far beyond Romania’s capacity to consume. An advantage is the fact that the BRUA gas pipeline is now operational and thus it could take over the excess quantities produced in Romania to Hungary, which can then return them to Croatia, Slovakia or Austria. The most severe problem remains the regulatory one, and even if the Romanian authorities have approved a new offshore law, there is still a lot of legislative uncertainty.

Pletser opined that Romania still has significant gas reserves, especially at depths of over 3,000 meters onshore, not just offshore, so that, in the long term, Bucharest could also be an important player in the region.

The conference “Regional Approach Budapest – Cooperation” is organized by Energynomics with the support of our partners: ABB România, Kawasaki Gas Turbine Europe, Volt.

previousRomania and Hungary have to trust each other to make money together
nextJozsef Balogh: An (almost) perfect match – the missed cooperation between the Romanian and Hungarian electricity systems