Acasă » General Interest » Isărescu: Energy energy price surges are both inflationary and recessionary, we work with all the tools to keep the situation under control

Isărescu: Energy energy price surges are both inflationary and recessionary, we work with all the tools to keep the situation under control 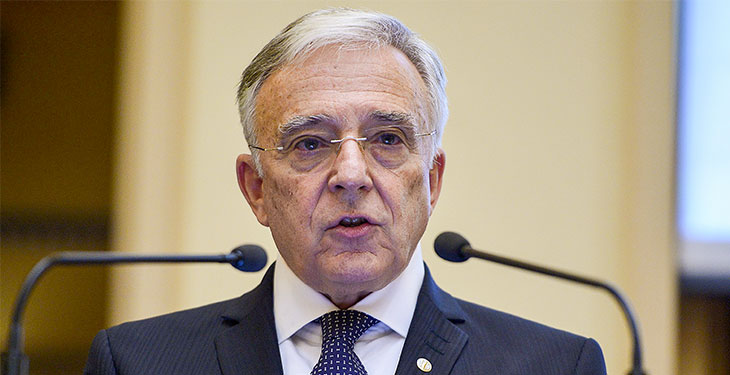 Energy price increases are both inflationary and recessionary, and the NBR is working with all instruments to keep the macroeconomic situation under control, BNR Governor Mugur Isărescu said on Wednesday.

The Board of Directors of the National Bank of Romania (BNR) decided on Wednesday to increase the monetary policy interest rate to 4.75% per year, from 3.75% per year, starting with July 7, 2022.

“The factors that determined this increase in inflation, not only in our country, but everywhere, are well presented in the NBR communiqué… we look left and right to see what happens,” said the governor Mugur Isărescu, during the BNR press conference.

He said the c-bank had taken “textbook” measures to control macro indicators.

“We will use all the tools, when necessary, in the necessary dosage… to avoid a recession.”

He argues that PNRR money and European funds in general are a necessary, anti-cyclical tool to help the economy.

At the same time, the leu remains under control, while BNR was not flooding the market with liquidity.

“We have a very clear orientation, for more than half a year: we keep liquidity tight… We did not flood the money market, in a pandemic, with liquidity,” he added.

Maintaining firm control over liquidity in the money market and maintaining the current levels of minimum required reserve ratios for liabilities in lei and foreign currency of credit institutions are other decisions taken on Wednesday by the NBR Board on monetary policy issues.

previousOPCOM: Prices of 500 euro/MWh on the DAM segment, last month the average suffered a tripling compared to June 2021
nextANRE: PNIESC needs to be modified urgently