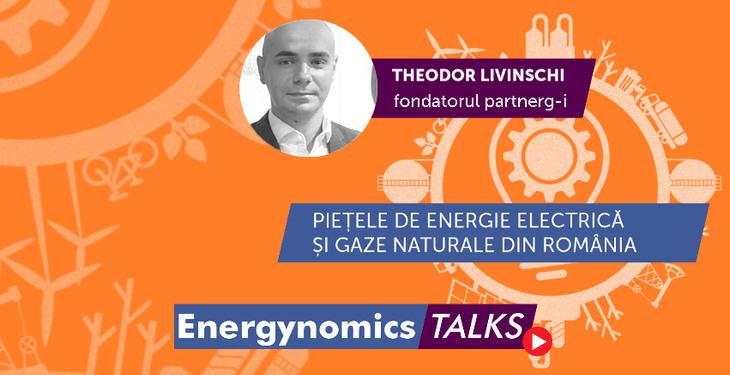 Consumers can be a proactive vector in the development of the energy market, considers Theodor Livinschi, Founder and Managing Partner la partnerg-i. For this, an essential element is to rigorously substantiate each decision based on a broader understanding of market conditions. “A wait-and-see attitude is no longer enough, consumers should persevere in addressing relevant requests to their suppliers, they need to analyze the explanations they receive,” Livinschi told us at EnergynomicsTalks.

“Not always suppliers have objective arguments when rejecting some of the consumer’s requests” and a good understanding of the operating framework – regulatory, marketwise – is needed to capitalize on clauses that do not necessarily have a clear financial value written in contracts. “More and more, such clauses will be present, like take-or-pay clauses, or limitations due to the imbalances created, for example.”

Clarifying the needs is the first step for an efficient use of the resources available in the market, considers Theodor Livinschi. Often, hiring a specialist is necessary, given the level of complexity of the energy market and that it is in a constant change. “In terms of electricity, we are talking about organizations that have an average consumption of between 10 and 500 GWh per year, and in the natural gas market, consumption of 30, up to 1,000 GWh per year,” says Livinschi. Below these numbers, the savings obtained are most likely too small to justify purchasing of external consultancy services, while higher consumption occurs in organizations large enough to afford having their own departments specializing in the procurement of energy commodities.

The most common difficulties for consumers are generated by the lack of time for getting well-informed and understanding the market. “People have not enough time to devote to training, which leads to a lack of updating of market knowledge. As they operate in various areas of procurement, people have many responsibilities and generally fail to keep abreast of the specific elements of energy markets”, says Theodor Livinschi.

In addition, in the case of international groups present in Romania, there are major challenges in implementing locally the practices or requirements imposed at the group level. “We are talking about foreign groups having production units in Romania. They are trying to globalize their acquisition strategies, for various reasons, but “the local energy market is not as mature and it has particularities that differentiate it from the developed markets in Switzerland, Italy, Spain or France, for example. There are requests from the group that procurement managers in Romania want to implement, but fail because they are involved in many other projects and even specific energy reporting is difficult to do due to lack of focused information”, says Livinschi.

“We respond to these challenges on 5 levels, summarized as follows: information, expertise, strategy, time and support. Specifically, we offer five types of services, from market monitoring and reporting, optimization of existing contracts and assistance, to the development of a procurement strategy, selection and procurement processes and ending with contract administration, including the reporting area, presented Theodor Livinschi the company’s services. “We are already working with Vrancart and Messer România, companies with significant consumption of electricity and natural gas each year. By optimizing the contracts and the assistance we offered, we contributed to the reduction of energy costs by over 150,000 euros in just a few months remaining in the existing contract, while following the development and implementation of a procurement strategy we achieved an estimated benefit of about 100,000 euros, in less than 2 months”, Livinschi said.

partnerg-i presents itself as a unique company in the local market, which aims to support industrial consumers in the acquisition and management of services to provide the two commodities. Before setting up partnerg-i, Theodor Livinschi have been working for three years at MET Romania Energy, the fourth largest electricity supplier at the end of 2019. For two and a half years, Theodor Livinschi coordinated the operations of sale of electricity and natural gas supply services to final consumers.

previousYedil Utekov is the new Chairman of the Board of Rompetrol Rafinare
nextRCE: Traded volumes increased as a result of the liberalization of the natural gas market