Acasă » Thermo » In the next eight years there will be financing of 6-700 mln. euro for the modernization of the Capital’s thermal network

In the next eight years there will be financing of 6-700 mln. euro for the modernization of the Capital’s thermal network 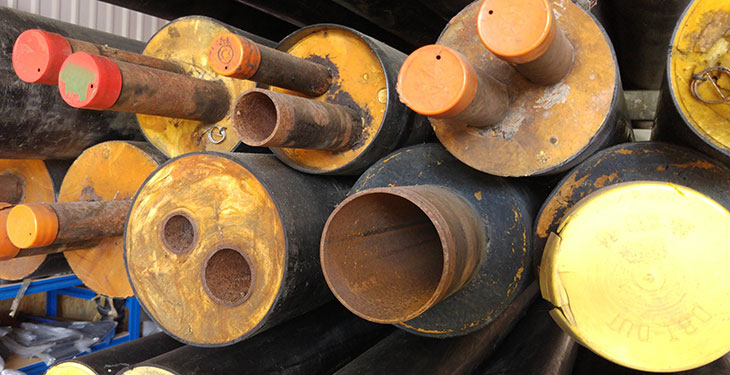 Heating in Romania faced a dark period, between 2000 and 2020, in which inefficient gas was burned, Claudiu Crețu, general manager of Termoenergetica, said on Thursday at the “Cogeneration for energy efficiency and the integration of renewables” conference, organized by Energynomics. He said that in the next 8 years there will be funding worth 600 – 700 million euro for the modernization of the network.

“Between 2000 and 2020, for heating in Romania, for cogeneration in Romania, it was a dark period, of forgetting, of ignorance. Ignorance gives birth to monsters. Apart from 50 megawatts in Oradea and a few engines in Focșani, Botoșani… it was done much too little. What happened in these 20 years? Many big cities: Baia Mare, Brăila, Galati, Buzau, etc. gave up this…loss-making system.

“The effect is that in the last 10-15 years, Romania burned a lot of gas, totally ineffectively, in CETs, I’m talking about Bucharest, but also throughout the country, through broken CAFs, and through CETs from the 1964s – 66, with the related consumption”, said Claudiu Crețu.

He stated that if a comparison is made between the gas consumption of a city with centralized heating and that with individual heating, it will be seen that in the first case it increases almost three times.

“So, Romania, I repeat obsessively, burned gas. Why? Because there is a lot of gas, without thinking about the future. The war came and suddenly we are talking about energy security and we are looking at every molecule of gas…

The concept of energy efficiency was a phrase without practical applications. Now, when the bills start to hurt, everyone, the population less because they are still capped prices, the economic agents more, because they are affected most, start thinking about energy efficiency. If we do an exercise of imagination, how would it have been if we had invested in these centralized systems 10-15 years ago, how much gas would Romania have consumed? How much gas did we have now?… At least let’s wake up now. Europe, realistically, at the moment, helps us,” said Claudiu Crețu.

He mentioned that at this moment there is a chance to modernize the centralized heating systems with the help of financing from PNRR or the Modernization Fund, these being considered a priority for Europe.

Regarding the situation of the heating system in Bucharest, Claudiu Crețu said that it is “a battle like on the front, with damages every day”.

“Not a day passes without damages in the network, without works. The good thing is that this summer we had open construction sites, work was done, contracts were signed on European funds, 200 kilometers, 300 million euro.

“From spring, 200 kilometers start with European funds. This is a good thing. In addition to this, some money was also obtained from the Ministry of Public Works for the Heating Program. So there are investment projects in the network, the modernization of the network, the change of critical sections that cause problems. It’s a marathon that will last,” explained Claudiu Crețu, according to Agerpres.

Claudiu Crețu stated that in addition to the funds needed to repair the network, personnel are also needed to work on the repairs, and a problem is the fact that many workers have gone to other countries.

“These 10-15 years in which no investments were made, in addition to the fact that the system degraded, many companies entered insolvency, bankruptcy, people no longer had work, left for foreign countries. Welders work on I don’t know which platforms through the East, the West and other cardinal points. We, I, the TESA team, can make projects, papers, attract financing, organize the auction, but the actual work follows further. And in the actual work at the moment we have a big problem,” said Claudiu Crețu.

previousHunedoara: Paroşeni thermal power station will continue to operate after 2032
nextTechnical due diligence is a necessity for investments in renewables