Greenpeace: The SMR Doicești project done without consulting the community 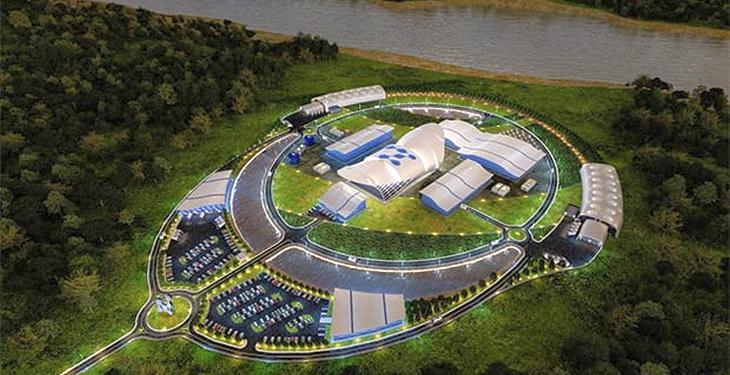 The town of Doicești was designated, without a real consultation of the local community, as a site for nuclear reactors of the SMR type, claims Greenpeace. Environmental activists held public consultations organized in the street, in front of the House of Culture in Doicești.

“Greenpeace activists were present in Doicești, supporting the community with points of view and information from international experts in nuclear energy and with a firm message: “STOP NUCLEAR”. Romania’s interest in SMR technology has been shown since last year. The intention of the authorities is to place the reactors in the premises of the former thermal power plant from Doicești, right inside the town, a short distance from people’s houses. Greenpeace’s actions also come in the context in which Nuclearelectrica officials have avoided answering questions from the media and local authorities in the region regarding the risks to which local residents are exposed,” Greenpeace claims.

“In a press conference on June 15, 2022 from Doicești, to which the citizens of the locality were not invited, the general director of Nuclearelectrica, Cosmin Ghiță, failed to provide a clear answer in relation to the exclusion zone for the reactors that are going to be located. Even until today, Nuclearelectrica has not made this information public.

“In addition to the risks posed by the questionable location of the reactors, this project requires huge implementation and maintenance costs, costs that are not justified when we compare them to the production capacity of these facilities. Moreover, this technology is still under development and its implementation is difficult. There are virtually no SMR reactors anywhere in the world; the nuclear power plant project proposed by NuScale, the company that markets the reactors, has not even reached the working prototype stage.

In addition to the technical arguments, there is also the question of the strategic vision to expand the nuclear energy production capacity in the context of an increasingly unstable political climate. The war in Ukraine demonstrated that political stability cannot be guaranteed for the entire multi-decade run of nuclear power plants, nor for the very long legacy of radioactive waste.

“The numerous and significant risks pointed out by specialists, the huge costs, the fact that the project started to be implemented without public consultation in several possible locations, raise many question marks regarding the institutional apparatus that will be responsible for building and the safe operation of these nuclear reactors,” the activists said.

previousKyuchyuk: Europe has proven that it can do very well without Russian gas
nextLONGi launches a new solar panel that can increase energy production by up to 10%