Acasă » General Interest » Professional Development » Gigi Dragomir, removed in December by PM Tudose, comes back as the Chairman of NAMR

Gigi Dragomir, removed in December by PM Tudose, comes back as the Chairman of NAMR 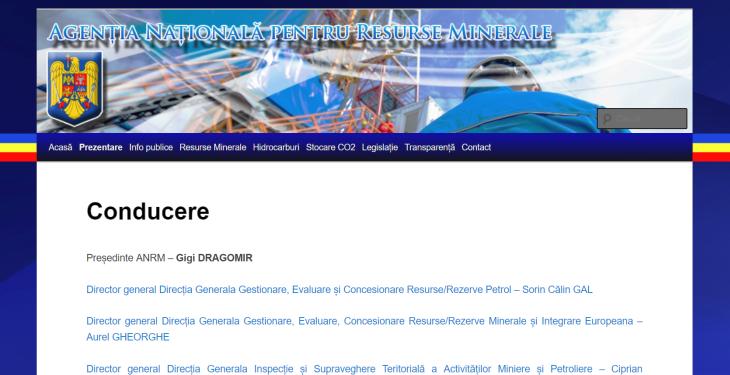 Gigi Dragomir, dismissed by Prime Minister Mihai Tudose at the end of last year from the position of the Chairman of the National Agency for Mineral Resources (NARM), was re-appointed by a decision of interim Prime Minister Mihai Fifor, published on Thursday, in the Official Gazette.

Prime Minister Mihai Tudose changed the leadership of the Agency on December 30, 2017, when he signed the dismissal of Gigi Dragomir, a former inspector in the County Public Administration of Ilfov. He had been named in October when he replaced Iulian Offenberg. He took over from Aurel Gheorghe, who replaced Gheorghe Duţu as Chairman of NAMR on January 17, 2017.

The management responsibilities of NAMR were temporarily exercised by the Deputy Secretary General of the Government, Marius Carabulea, who was, for less than a month, the fifth president of the Agency within 12 months.

The National Agency for Mineral Resources is subordinated to the General Secretariat of the Government.

With only a few dozen employees allocated to the hydrocarbon sector, the Agency monitors 55 concessions agreements for Exploration-Development-Exploitation and 452 deposits with over 20 concession title holders.

Over the past 10 years, Romania had 8 Chairmans at NAMR and only three rounds of tender for the concession of perimeters for the exploration and production of hydrocarbons. The last round of auctions for concession of petroleum perimeters, Round X, took place in 2010, when NAMR granted operating licenses for 20 perimeters out of the 30 it proposed. 28 perimeters are to be included in Round XI, announced and postponed for almost 10 years.