After 20 years in Romania, LUKOIL announces investments of more than 30 million dollars in Petrotel 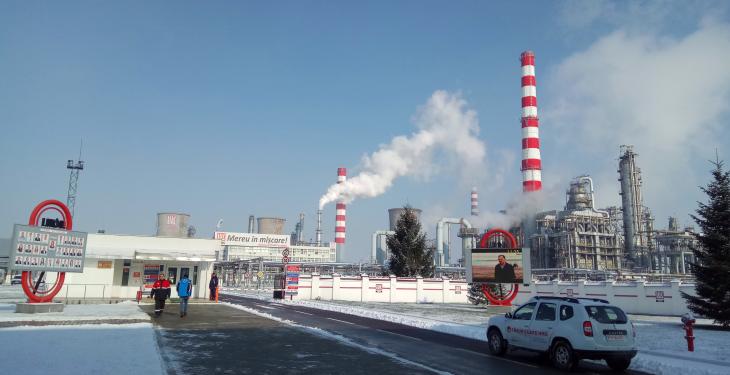 Petrotel LUKOIL announces new investments in their refinery in Ploiesti, over 30 million dollars by 2020, for improving environmental footprint. USD 7 million are earmarked for the modernization of the coking plant and nearly USD 26 million for the construction of a new sulfur recovery complex, which will lead to zero sulfur oxides emissions.

After decades of financial losses, the refinery reported cumulative profits of 314 million lei in 2015-2016 and will also mark profit s for 2017. The annual turnover remains above 4 billion lei, while the number of employees continue to decline from 556 in 2011, to 426 in 2016. Investment in modernization, mainly new equipment and automation systems, has increased profitability, while it has reduced the necessary workforce. “We have about 450 employees in the refinery, and about 1,200 people work on our platform in Ploiesti, for the other companies in the group and for the contractors providing services for the refinery,” explains Petrotel LUKOIL officials. One example is Fireproof Team SRL, which provides fire prevention and intervention services with about 100 firefighters employed.

Another example is the energy division of LUKOIL in Romania, which employs about 135 people, while other over 500 people work for the partner companies.

LUKOIL has invested approximately USD 300 million in Romania, about USD 200 million in Ploiesti, for the retrofitting of CHP and the construction of a photovoltaic park. “Investing in renewable energy has allowed annual greenhouse gas emission reductions of 220,000 tons of CO2,” says Alexander Fedorov, general manager of LUKOIL Energy & Gas Romania. Equally important, investments in the Ploiesti platform have made it possible to increase the profitability of the refinery by using the freed industrial land for the construction of the photovoltaic park, but also by using the coke resulting from the refining process as a fuel for the CHP plant. 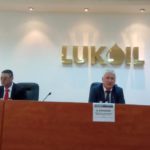 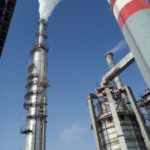 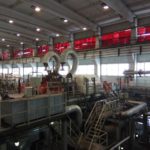 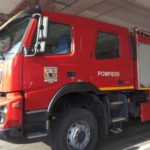 Launched in 2011, the new CHP uses circulating fluid bed boiler technology that can burn almost any type of fuel. It provides the thermal power needed for the refinery, and the electricity produced allows for financial hedging in the electricity purchases.

About 60% of the fuels produced within the refinery are sold domestically, with the rest is exported in the region. “Last year, we processed 2.4 million tons of crude oil, compared to 2.7 million tons in 2016, as the refinery was stopped for one month for revisions. In 2017, we will get back to a production of 2.7 million tons of oil”, said Dan Dănulescu, chief engineer and member of the Petrotel LUKOIL Directorate.

The entire refining sector, like the entire energy industry, is in a process of transformation, said Andrey Bogdanov, chairman of the board and chief executive officer of Petrotel LUKOIL. “Our target is to continue our growth. We will continue to do our job while being prepares for what the future will bring us”, he said, in regard to the perspective of the coming years, from which neither the advance of electric or hybrid cars, nor the development of power storage solutions can be excluded.

The new investment projects are announced a few months after a case filed in the investigation launched in 2014 by prosecutors within the Prosecutor’s Office attached to Ploieşti Court of Appeal was ranked. Three years ago, Petrotel LUKOIL’s management was accused of a USD 1.7 billion loss from tax evasion and money laundering. Meanwhile, all precautionary measures have been lifted. “The investigation continues, but clearly all accusations are groundless and do not reflect reality”, Bogdanov said.

Petrotel S.A. was taken over by the LUKOIL Group in 1998. With a history of nearly 100 years, the refinery’s facilities were generally worn out and did not comply with environmental legislation. By 2005, about USD 11 million had been invested in environmental work, for a reduction in sulfur dioxide emissions of approximately 35% and in volatile organic compounds by about 20%.

In 2007, the refinery received the Integrated Environmental Authorization, and in 2008 it launched the action plan for compliance with national and European requirements, with a total investment volume of USD 120 million.

The completion of each investment project has led to significant improvement in environmental footprint and in particular in air quality: