Germany to set a new institution to test vehicle emissions 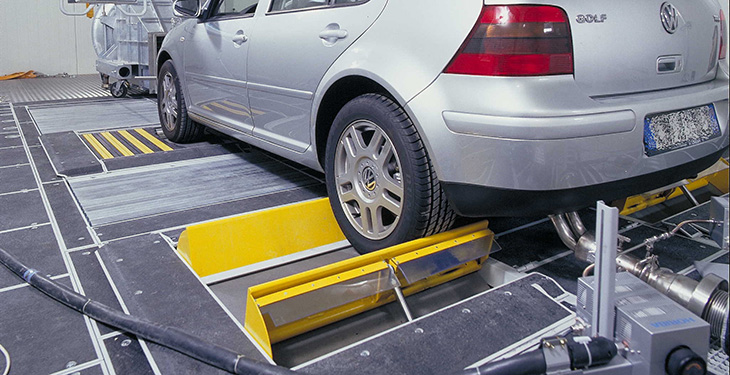 The Ministry of Transport from Berlin has announced that it is considering setting up a vehicle emissions testing institute to restore consumer confidence, after Volkswagen has recognized that it has equipped 11 million vehicles sold worldwide (out of which 2.8 million in Germany) with a software that falsifies the results of diesel engines antipollution tests, reports Reuters. The ministry will set up a new testing institute that will involve the automotive industry, the ministries, the consumer protection organizations and environmental protection groups. In the institute, approximately 70 models will be tested annually, under normal traffic conditions and less under laboratory conditions, and the results on fuel consumption and emissions will be made public in order to allow buyers to make comparisons between car manufacturers, according to Agerpres.

However, the German Federal Transportation Authority (KBA), that is presenting its reports to the Ministry of Transport and that is currently overseeing vehicle testing, will continue to grant licenses for the new models. Since September 2015, when Dieselgate broke out, the German government was under pressure because it would not have done enough to test the vehicles and has a much too close position towards the country’s strong automotive industry.

This month, the European Commission and Volkswagen have reached an agreement by which VW diesel owners get an extended two-year guarantee, but without financial compensation. After months of tough negotiations, the EC failed to obtain compensation from Volkswagen for the European customers affected by the Dieselgate emissions scandal. Instead, the Community Executive and the German group have reached an agreement through which VW diesel owners will receive a two-year extended warranty on the repaired components so that the EA189 diesel engines will meet the emission standards.

Volkswagen has rejected the claims for compensating the European customers, while most US VW diesel owners will receive a compensation between 5.000 and 10.000 dollars depending on the value of the cars before the Dieselgate scandal. Until now, the emissions scandal cost VW about 22.6 billion euros (25.5 billion dollars), especially the payment of US fines and deals.