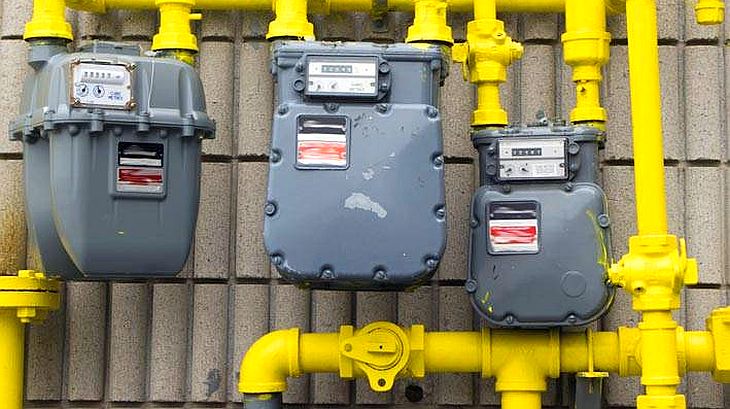 Natural gas consumption in Romania amounted to 63,222,000 MWh in the first five months of 2014, down 6% compared to the similar period last year, which amounted to about 67,257,000 MWh, according to a report by the National Regulatory Authority Energy (ANRE) quoted by Agerpres.

Final energy consumption could fall by 8.3% this year

In the first five months of this year, the final electricity consumption decreased by 1.4% to 20.9 TWh. Annual final consumption, except losses and own technological consumption, is estimated to decline by 8.3% this year, to 45.9 TWh from 50.1 TWh in 2013. At the same time, the Department of Energy believes that next year consumption will increase by 1.5% over this year’s level of consumption.

Electricity consumption was 55.6 TWh last year, but dropping own technological consumption and losses of power on distribution networks remain about 50.1 TWh, Octavian Lohan, member of Transelectrica Executive, told Mediafax. This year will fall within trends of recent years,trends that show a decrease of about 6% in 2013 and 1.2% in 2012.

1 billion euros worth of fuel for winter

Energy companies will buy fuel to generate electricity and heat in the winter in the amount of 4.53 billion lei (1.02 billion euros), costs being with 26.1% higher than the level of 3.59 billion lei last winter, according to a document prepared by the Department of Energy, quoted by Mediafax.

In addition, companies will spend about 282 million lei with repairing and rehabilitation between 1 October 2014 and 31 March 2015. In the same period last year, 430 million lei were spent for winter preparations. For the winter season of 2014 and 2015 it is estimated a production of 36.6 TWh of electricity, with 2 TWh more than last year, and 12 million Gcal, with over 8 million Gcal less, writes Mediafax.

Estimates of National Commission for Prognosis, worse than those of DEN

National Commission for Prognosis (NCP) provides for winter a decrease of 1% of electricity consumption, but the National Dispatch Center (NDC) predicts an average growth of about 5.2%.

“In these conditions, taking into account a prognosis of Romanian economy, and the need for a forecast to grant the comfort of security of supply for consumers, the forecast taked into consideration was the one provided by the National Dispatch Center. (…) In the case of heat, estimates received from the plants that provide heat to households covers an average consumption of 12.012 million Gcal, up by 5.2% from that of last winter”, says the Department of Energy.

Also, NCP estimates winter exports for power at 1.4 TWh, while NDC forecasted a winter export of 3.4 TWh, and the Department of Energy has taken into account the amount indicated by the dispatcher.

previous110 lei/MWh, the lowest energy price on Opcom power exchange
nextHidroelectrica sold power at a price above the market average