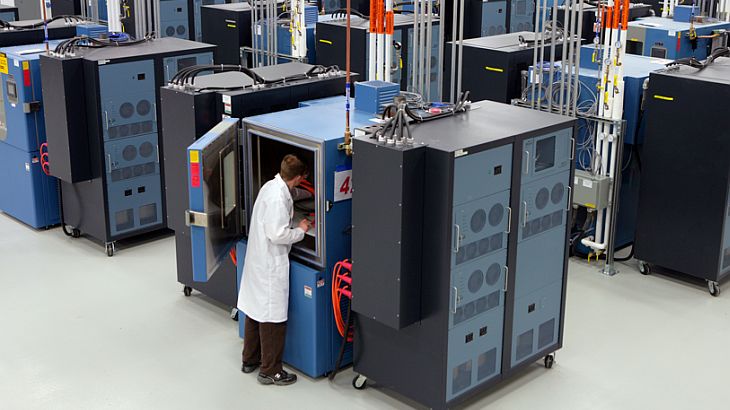 Tesla Motors seeks a suitable location for the largest lithium-ion battery factory in the world, which it wants to build, and considers four southern U.S. states for it: Texas, Nevada, Arizona and New Mexico. The unit would be worth 5 billion dollars and would provide 6,500 jobs. Project’s funding will be provided from internal sources and through the issuance of bonds in the amount of at least $ 1.6 billion. The company says that the program could reach 1.84 billion dollars.

Industrial scale production of these batteries will give a boost to energy storage industry and electric cars. “The project has a huge impact, beyond Tesla. It gives and enormous legitimacy to production of batteries and of electric cars, which depend on batterie. A high-stakes, high-technology,” according to a University of California analyst.

The production of this factory would be so great that Tesla estimates that it would reduce the cost of lithium-ion batteries with at least 30%, and the batteries can store the power quantities generated by renewable energy units. Elon Musk said last week that Panasonic, the largest supplier of lithium-ion cells used in the Tesla batteries, could be involved in the project.