Acasă » Electricity » Florin Spătaru: We must reunite our efforts at European level to achieve the objectives of the green transition

Florin Spătaru: We must reunite our efforts at European level to achieve the objectives of the green transition 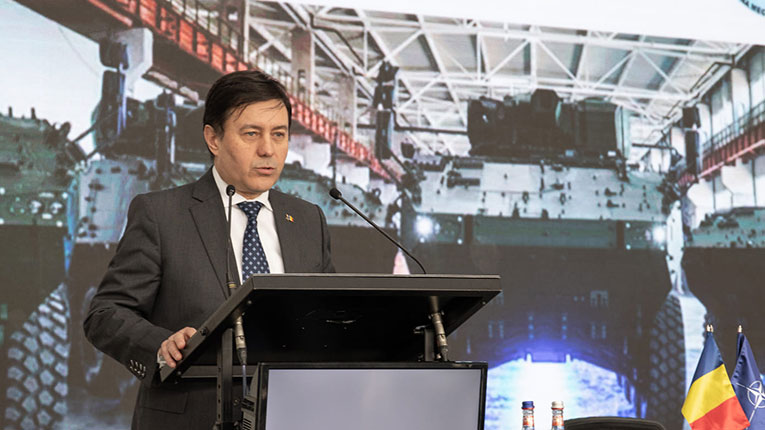 Florin Spătaru, Minister of Economy, was in Prague on 19-20 July 2022, at the informal meeting of ministers responsible for the internal market and competitiveness organized by the Czech Presidency of the EU Council, chaired by the Czech Minister of Industry and Trade, Jozef Síkela. During the meeting, which focused on increasing the added value of the industry by region, the discussions focused on the internal market, the dual transition and resilience in the context of the war in Ukraine.

The agenda of the meeting included a plenary debate on Increasing the added value of EU industry in all regions of the Single Market.

“We need to invest in innovation if we want to develop value-added industries. Romania has much to recover from the obvious progress of the more developed countries in Europe. There is a need for a balanced distribution of investments, in the context of the principle of solidarity at the community level,” said Florin Spătaru, Minister of Economy, during his speech in plenary at the informal meeting of ministers responsible for internal market and competitiveness (COMPET).

During the speech in plenary, the Minister of Economy, Florin Spătaru, said that the main challenge for the Romanian industry is to continue to improve the transfer of technology and business support infrastructure, as Romania currently has 3 clusters that have a gold label in the IT field .

“There are important initiatives at European level, the benefits of which should extend beyond the Member States that finance them and the industries concerned, as they would have positive indirect effects throughout the European economy. Romania has a major interest in two of these: IPCEI II in the field of microelectronics and connectivity that supports highly innovative RDI projects and Chips Act, which is an opportunity for the development of the semiconductor industry in our country,” added Florin Spataru.

The dignitary specified that our country already responds to the complex development challenges, by adapting the policies to the regional context that takes into account the existing innovation and research-development potential. Romania supports multinational or IPCEI projects, but the Romanian dignitary stressed that in order to achieve efficient reforms throughout the European Union, it is necessary to involve several member states from Central and Eastern Europe.

Thus, the support of the European Commission and partnerships with other Member States for the development of multi-country win-win projects to ensure effective coordination in a short period of time are vital.

“We need to join forces at European level to achieve the goals of the green transition and support businesses in less developed countries to participate in projects such as IPCEI or other projects of common interest. No one will be left behind! This is the only way we will be able to have a successful industry and a unitary development in all EU member states,” Spătaru added.

At the same time, the Romanian Minister of Economy stressed that STEM education, research and innovation, together with the education and training of the workforce and consumers have an important role in achieving the double transition and consolidating the Single Market, recalling that Romania has recently concluded a partnership with InnoEnergy, which will train and retrain 20,000 battery specialists, which will contribute to the development of research and innovation in the regions of innovation behind.

Standardization, said Minister Spătaru, is a key element in increasing the added value and competitiveness of the industry in all EU regions. He added that Member States should focus their efforts on improving skills and technical expertise through specialized training, broadening knowledge of standardization in the public sector to ensure coherence between standards and regulations, and improving the use of standardization in research projects.

previousTaipei 101 to accelerate Taiwan’s energy transition with Enel X
nextGas imports decreased by 14%, production by 5.6%, between January and May