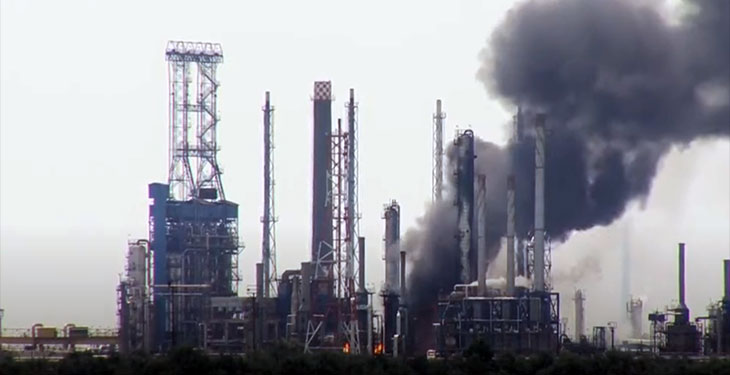 An explosion followed by a fire occurred on Friday at an installation at the Petromidia Refinery in Năvodari, as a result of which the Red Alert Plan was started. The locals were alerted by RO-ALERT message about the large smoke emissions, according to Agerpres.

Three people were injured in the explosion, two of them suffering burns, according to the updated balance of the event communicated by IGSU.

According to Rompetrol, the fire is manifested at an oil transport installation, and at this moment the rescuers are acting to close the taps and interrupt the fuel supply.

Environment Minister Barna Tanczos said on Friday that there was still a danger of an explosion at Petromidia Refinery, and the impact of this incident on the environment could be major.

“I was informed that a few minutes ago there was a major explosion at Petromidia Năvodari. The situation is serious. (…) Access is restricted, limited, even the commissioners of the Environmental Guard do not have access to the area. There is still a danger of explosion (…) Unfortunately, from the first information, there are also victims, but the assessment of the situation is the responsibility of the ISU (…) The impact on the environment can be major. From the first evaluations made by ANM, the cloud of smoke moves towards the shore, it moves towards the sea. We have a mobile laboratory on site to monitor air quality,” said the minister, now in Bistrita.