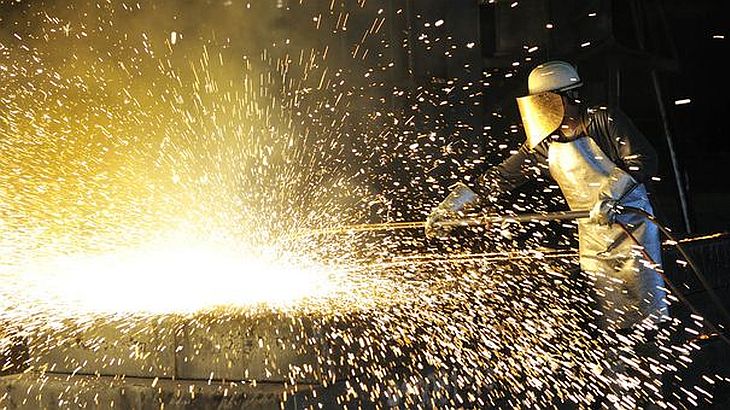 The trade unions in the industry are protesting on Wednesday in front of the Constitutional Court (CCR) and on Thursday in Piaţa Victoriei, in order to ask for the immediate stop of the system that supports the renewable energy and the gas price liberalization, reports Mediafax. According to the agency, Cartel Alfa and the member federations in the industry ask the premier to have an open discussion with all the parties involved in these two matters.

The trade unions require CCR to solve promptly the unconstitutional act of apprehension came from the part of the President of Romania in terms of the Law that approves the consistent reduction of the support scheme for renewables  by green certificates. Other 1.000 trade unionists announced their intention to protest on Thursday in front of the Government head office aiming to hurry the other actions that should complete the introduction of a new reduced support scheme.

The protests have been announced by the president of the National Federation of Solidaritatea Metal Trade Unions, Gheorghe Sora. He stated that the additional protests of the employees working in the industry, shall take place in front of Olt County Council, in Slatina, the city of the largest energy consumer in the industry , the aluminium producer Alro Slatina. “In case the two events announced for Wednesday and Thursday don’t reach their goal, the calendar of protests will continue over the next weeks”, stated Gheorghe Sora cited by Mediafax.

The trade unionists want to draw attention in this way on the dangers determined by the taxes for energy and the fast rises in the electricity and gas prices with impact on the industrial production and on keeping the jobs.

“[…] not taking measures in terms of the renewable energy status and the natural gas price   liberalization will have as consequence a massive delocalization of the facilities in the sector, that would mean more than 150.000 jobs lost on a very short term. Announcements have been already made by Alro, as well as at the level of MittalSteel related to the intention of the employer to start the delocalization of people, due to the prices for electrical energy and pit gas, that make the facilities on Romania’s territory not to be competitive, compared to other countries”, stated the Cartel Alfa leader, Bogdan Hossu, cited by Mediafax.

Marius Cornenco, from Metarom Federation added: “The natural gas market liberalization, that aligns  the gas price resulted from the internal production to the one from import, without providing the consumers with the possibility to choose the supplier, leads to a rise of about 160 per cent of the gas price from the internal production, namely a rise of the bill by more than 70 per cent in less than two years”, stated Marius Cornenco, the vice-chairman of Metarom Federation.

The trade union organizations retake the argument according to which  the renewables subsidization by green certificates burdened substantially the cost structure  of the enterprises in Romania. Bogdan Hossu stated in this context that Romania must align urgently  to the practices of more countries in the EU that started to exempt the large enterprises from the payment of more than 80% of the eco-taxes, in fact rents for the technologies from renewables.

The energy costs lead to a second deindustrialization of Romania

The trade unionists warned that, if Romania does not implement rapidly substantial measures to solve the situation in the electrical energy and natural gas sectors, the relocation risk will shortly turn into reality.

“In our view, a second deindustrialization of Romania is currently taking place, the first taking place during the period 1997-2004, respectively the time of the large-scale privatizations. If the two matters are not solved in due time, respectively the tax for the renewable energy that rises so much the electrical energy price and the exponential rise in the natural gas price, Romania will face the phenomenon of deindustrialization and probably agriculture will be the only one left”, stated Marius Cornenco for Mediafax.