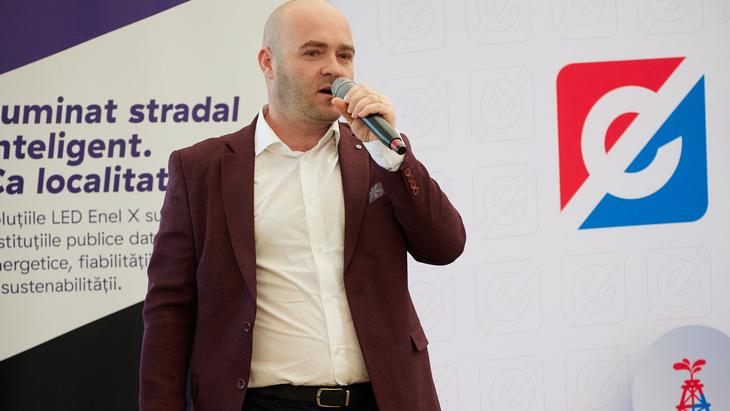 Eaton is growing through acquisitions and it recently acquired a company that produces electric charging stations — Green Motion, which will appear in the group’s portfolio starting next year. At the same time, Eaton promotes ‘building as a grid’ solutions where existing equipment can be used to deliver energy to the grid. The company offers long-term energy saving solutions, said Cătălin Crivineanu, Partner Account Manager Eaton Electric, during the „Smart Cities – What we can do today” conference, organized by Energynomics

Eaton Electric is a manufacturer of electrical, automotive and aeronautical equipment, with three factories in Romania and over 3,000 employees. “We produce in Romania part of our electrical equipment, an area where we supply complete solutions, from medium voltage and medium voltage transformers, to everything related to power distribution — switchboards, automation and UPSs,” he said.

“We already have applications for the area of efficient equipment, UPS type. For example, in Ikea we have installed 5-6 100 kW UPSs, at Carrefour, at Cinema City… New office buildings have been built where we installed UPSs, and Intel has developed software that has also been installed on the old range of UPSs that allows them to discharge their batteries into the network. We’ve noticed that we often have more batteries installed for applications than is needed. That’s why Eaton came up with a ‘building as a grid’ solution, in which existing equipment can be used to deliver energy to the grid, thus solving problems related to the lack of energy in certain locations”, added Cătălin Crivineanu.

He gave an example of energy efficiency — how much money can be saved in the medium term if high-performance equipment is purchased, which comes with upfront costs higher by of 5-10%. The ever-increasing electricity costs make efficient solutions more and more interesting.

Cătălin Crivineanu also referred to the cybersecurity area. “There have been many cases where it has been proven that any equipment connected to the internet can be attacked, destroyed or have its way of operation altered. Eaton is the only manufacturer to have dual standardisation in cybersecurity,” he said.

previousPhoenix Contact’s ‘All Electric Society’ concept is all about efficiency and sustainability
nextBSOG: The new offshore law does not eliminate the additional income tax that blocked investments