Dor Marian, Wiren: Sibiu can provide 50% of its electricity consumption only from solar sources 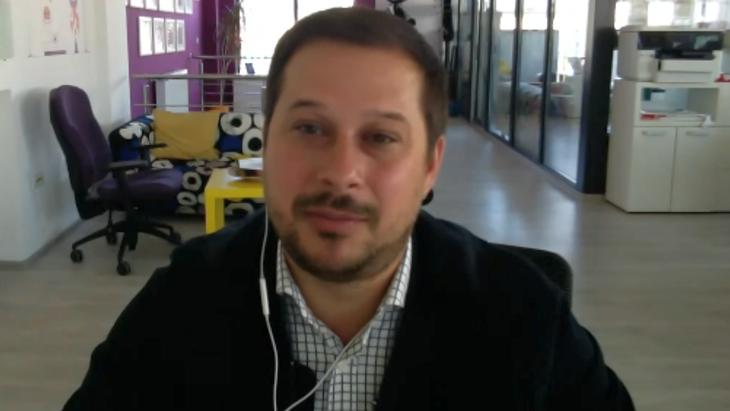 Investments in photovoltaic systems have a simultaneous impact in profitability, by reducing energy costs, and in sustainability, by reducing the impact on the environment. “We at Wiren believe in sustainability and promote energy-efficient systems,” said Dor Marian, CEO of Wiren Romania, during the conference “Digitalization and Energy Efficiency – Sibiu”, organized by Energynomics.

“In a world where customer needs are neglected instead of being met with precision, Wiren focuses on improving the customer experience and offering customized solutions for their real needs”, Dor Marian also said. The company operates mainly outside Romania, in countries such as Hungary, Portugal, Serbia or Luxembourg, where it has a portfolio of almost 300 MW in installed capacity recently.

Wiren has experience both in small solar projects, off-grid, up to 1 KW, and in large projects of hundreds of MW such as small companies, carports and photovoltaic fields. “Such projects will begin to appear in the years to come here in Romania, for sure. For Sibiu, we calculated that there was a total consumption of about 450,000 MWh per year. More than 50% of consumption comes from the residential sector and to 15% from industrial parks, and it is constantly growing”, he said.

“We considered about 40% of residential consumers eligible and it turned out that about 9,500 photovoltaic systems with an average power of 10 kWp would be needed,” he said. The implementation of a project of such magnitude requires about 9 years and would result in about 23% green energy in the energy consumed in Sibiu.

A normal house with monthly consumption of 3-400 KWh and a monthly bill of 75 euros, might have an installation of 6kWp capacity. It consumes 50% of the energy produced and injects the rest into the network. Significant savings result, after investments made in the prosumer support scheme. “Depreciation is made in a maximum period of 7 years, and the lifespan is 25 years”, Dor Marian explained.

The same study applies to industrial parks in Sibiu, “where many of the production areas have perfectly flat roofs”, which would allow the easy installation of photovoltaic panel systems.