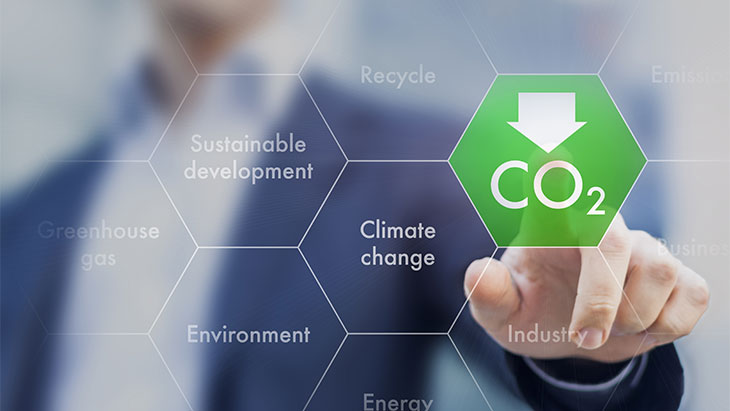 Achieving Europe’s ambitious climate goals is not possible without decarbonising the heating and cooling sector, according to Efficient Romania platform. It contributes to about half of the EU’s energy consumption, and more than three-quarters of its heating is provided by burning fossil fuels, according to European Commission data.

However, things will change, thanks to technological innovation, increasingly energy-efficient buildings and new generations of district heating systems, which allow the wider use of renewable energy sources. In addition, the share of renewable energy sources in the heating and cooling sector will increase through European policies and regulations.

According to the European Commission data, included in the draft of the new version of the Renewable Energy Directive (EU 2018/2001), the current situation at EU level is as follows:

New European regulations for the adoption of renewable sources in heating

In these circumstances, the European Commission aims to significantly increase the share of renewables in the heating and cooling sector. New developments in this regard are set out in the proposed amendments to both the Renewable Energy Directive (EU 2018/2001) and the Energy Efficiency Directive (EU 2018/2002), included in the Fit for 55 package. The main obligation is that Member States Member States to increase the use of renewable energy in heating and cooling by 1.1 percentage points each year by 2030, starting in 2020.

“Without a clear legislative framework for expanding renewable heating technologies in buildings and district heating as a central pillar of decarbonisation, the replacement of heating systems will be sporadic and, in many cases, based on uninformed decisions taken under pressure in winter, leading to the replacement current fossil fuel systems with the same technologies. This will lead to a deadlock in fossil fuels for the next 20-30 years,” says the European Commission, in the text of the revised version of the Renewable Energy Directive.

At the same time, the document also states that “synergies with energy efficiency measures and, in particular, with building renovations are particularly important, and well-insulated buildings are a precondition for replacing old heating systems with energy-efficient ones, which use renewable energy sources, or to make connections to modern district heating networks at low temperatures, if possible.”

As 75% of existing buildings in the EU are inefficient, they are becoming a barrier in the development of renewables to cover the need for heating. “Resolving this barrier requires a flexible legislative framework to increase the annual rate of replacement of heating systems by at least 4% as part of the renovation of a building,” the EC added.

At the same time, in the text of the Renewable Energy Directive, the EC recommends for the increase of renewable energy sources in heating measures such as “promoting heat purchase agreements for corporate and collective consumers, or replacement schemes of replacement or decommissioning of heating systems that use fossil fuels, in stages.”

Support policies can also be implemented, including fiscal measures, support schemes or subsidies. However, the EC points out, “when adopting and implementing such measures, Member States will ensure their accessibility for all consumers, especially those with low or vulnerable incomes, who would otherwise not have sufficient initial capital (for investment – e.n.).”

At the level of public authorities, they may allow the roof of public buildings or those owned in public-private partnerships to be used by third parties for installations producing energy from renewable sources.

In addition, “Member States shall ensure that operators of district heating or cooling systems with a capacity exceeding 25 MWth are required to connect third party suppliers of energy from renewable sources and residual heat and cold, or are required to connect and purchase energy thermal / cooling from renewable or residual sources from third party suppliers, on non-discriminatory criteria established by the competent authority of the Member State, when operators have to perform one of the following situations: (a) coverage of demand from new consumers; (b) replacement of existing heat generation / cooling capacity; (c) expanding existing heat / cooling production capacity,” proposes the EC in its amendments to the Renewable Energy Directive.

Also, in the amendments to the Energy Efficiency Directive included in the Fit for 55 package, the EC notes that “Member States should promote the modernization of heating systems as part of in-depth renovations, in line with the long-term goals of emission carbon neutrality, so as to reduce the demand for heat and cover the need for an emission-free source.” At the same time, “the minimum requirements for district heating will be gradually increased, in order to ensure fully decarbonised supply sources in district heating or cooling systems by 2050”.

IRENA: The good news is that this sector can be decarbonized

The International Renewable Energy Agency (IRENA) explains in its study “Integrating Low Temperature Renewables into Central Heating Systems”, published this year, that “traditionally, central heating systems have been built to operate at high temperatures to meet the high heat demand of poorly insulated buildings. However, technological innovation, digitalization and current trends towards increasingly energy efficient buildings can support the development of technologies based on clean energy sources such as geothermal, solar or low temperature waste heat in new generation centralized systems. These sources are widely available locally in many regions. However, they remain unused because they are not immediately compatible with the current district heating infrastructure and the existing stock of buildings.”

On the other hand, “the good news is that this sector can be decarbonised,” says IRENA, which adds that ”the potential for increased energy efficiency in buildings and the transition to renewable and sustainable energy sources is high. Centralized energy systems can increase the use of renewables, increase energy efficiency, avoid energy poverty, reduce the amount of fossil fuels used and reduce CO2 emissions in the heating and cooling sector.” However, considerable effort will be required. IRENA presents in the document case studies, as well as public policy recommendations in this regard.

Implementing the EU’s ambitions to turn the heating sector into an increasingly “green” one will need specialized human resources. At present, “the insufficient number of skilled workers, especially installers and designers of renewable heating and cooling systems, is slowing down the replacement of fossil fuel-based systems and is a major barrier to integrating renewables into buildings,” the European Commission notes.

To address this issue, Member State governments should work with the social partners and local communities to anticipate the skills that will be needed and to ensure a sufficient number of qualification programs and certification opportunities.

previousDigital transformation, a new stage of the oil and natural gas sector in Romania
nextBankwatch: Coal power plants in Western Balkans kill nearly 19,000 in Europe in the past three years