Acasă » General Interest » Dacia presented its first electric car: Spring will have a range of 200 km

Dacia presented its first electric car: Spring will have a range of 200 km 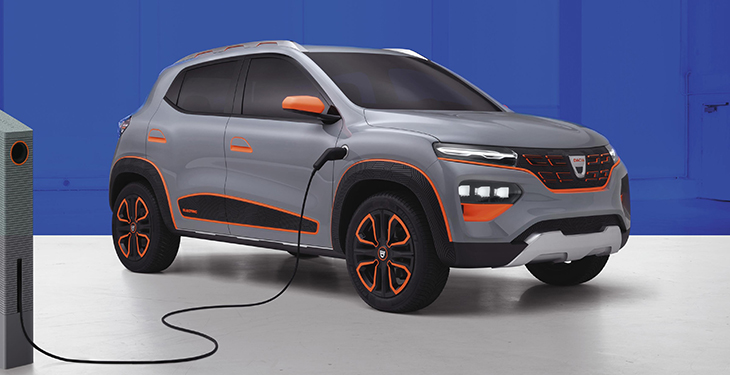 Dacia introduced its first electric showcar, Spring, a mini city model to be launched in 2021 in the series version.

Dacia Spring is based on the small Renault K-ZE SUV that was launched in China, where it starts from 8,000 euro for the basic model. In Europe, the electric Dacia will probably be priced at 15,000 euro.

The five-door car is 3.73 meters long, 34 cm less than the shortest model Sandero, according to Hotnews.ro.

Dacia Spring looks to be the most accessible 100% electric car in Europe, says the company. The series version aims at a range of about 200 km according to the WLTP norms, which guarantees a versatile use, both in the urban environment and on commuter routes.

previousEY: The global value of transactions in the oil and gas sector decreased in 2019 amid debates on energy transition
nextPhoton Energy grows global portfolio to 57.1 MWp with the commissioning of 8 PV plants in Hungary