Acasă » Renewables » D. Dragan: Romania will increase its target for renewables for 2030

D. Dragan: Romania will increase its target for renewables for 2030 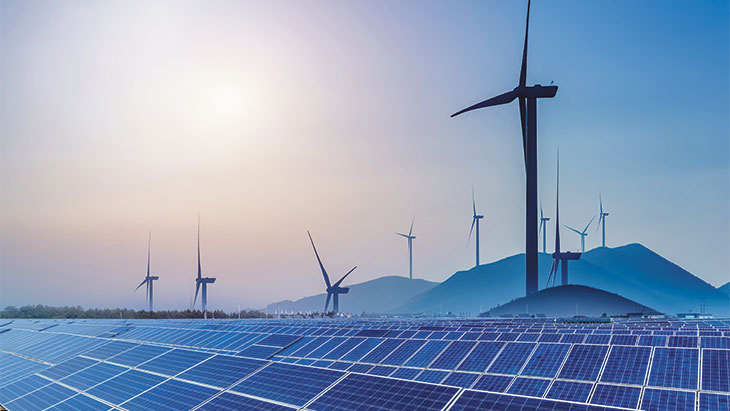 Next year, a re-evaluation of Romania’s National Energy-Climate Plan (PNIESC) will begin, and in the context of discussions on the Fit for 55 Package, Romania will increase its renewable energy target for 2030, Secretary of State Dan Dragan told Energynomics during the Energy Day-Brașov conference, organized by Repom and Patres.

“I could not give you details at this time, but Romania will certainly increase its target (from 30.7% today for 2030). At the same time, let’s not forget that we want to build Reactors 3 and 4 – without CO2 emissions. There is a rather heated discussion on the taxonomy side in Brussels and we are convinced and I notice a change in the perception of nuclear, because it is quite difficult to reach our 2050 targets without gas and without nuclear. It is important for us to put in place, by the middle of this decade, flexible capacities, which will offer the possibility to bring more renewable energy to the grid. But we know that the almost 6 GW we want currently installed through the targets assumed by PNIESC are achievable. The tools that the beneficiaries will need will be made available by the end of the year – the beginning of next year,” he added.

“We cannot develop the renewable part without having a network development. It is very important that these capacities are located where the network allows at the moment, because the development of the network and its strengthening needs a period of time, and the new authorizations will be issued by the ministry. We actively help the national electricity carrier to have access and to be able to realize its investment plan as much as possible. At the same time, in the next period, the first applications will start on the Electric Up program – the e-mobility part,” added Drăgan.

“Last but not least, we will make a hydrogen strategy, we will develop it… As a message, we do not want off-the-grid hydrogen production from renewable sources, but we want this hydrogen production to cover the needs of local industry, to bring a greater economic contribution on the transport side… if we use renewable energy, with 54 kWh we can produce 1 liter of hydrogen, and, turning back we get 34 kWh… we have to subsidize it… but first of all, we need of on-the-grid production capacities “, said Drăgan.

At the same time, the Ministry is working on the analysis of the offshore wind law, and a first pilot project could be launched by Hidroelectrica.