Acasă » Uncategorized » CSR: E.ON afforested 4 ha of degraded land in Sighișoara, with the support of customers

CSR: E.ON afforested 4 ha of degraded land in Sighișoara, with the support of customers 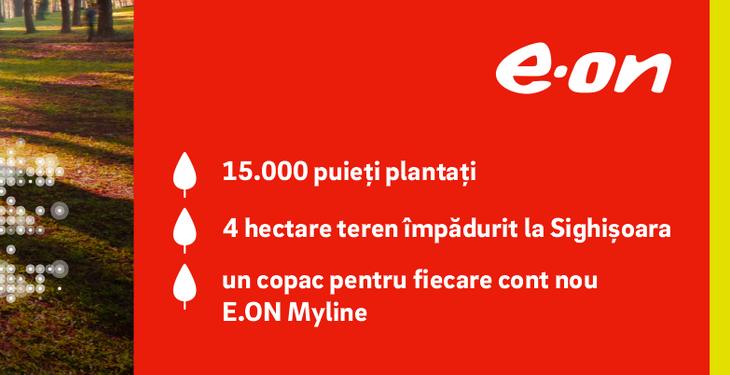 E.ON Energie Romania has completed the afforestation of an area of four hectares of degraded land, near Sighișoara, within the campaign “Celebrate Earth Day every day”, carried out from April 22 to May 21, the company announced.

During this period, each customer who activated an E.ON Myline account contributed to the planting of a tree. Thus, over 15,000 sessile oak and sycamore maple seedlings were planted with the support of partners from the Mureș Forestry Directorate and the Sighișoara Forest District, near the Via Transilvanica route.

The “Celebrate Earth Day Every Day” campaign aimed to encourage people to make simple gestures every day to save energy and resources, thus contributing to a greener future. At the same time, customers were challenged to activate their E.ON Myline accounts, and for each account activated during this period, the company undertook to plant a tree.

“We were impressed with the way people received our challenge and we thank everyone. Due to this approach, in a few years we will be able to have a new forest that will be enjoyed by the inhabitants of the area, but also by the tourists who reach the Via Transilvanica route,” says Claudia Griech, General Manager of E.ON Energie România.

The area that was afforested for the first time is part of a project of the Mureș Forestry Directorate for the establishment of a forest on an area of 50 hectares.

previousAHK Romania organizes the economic conference IN BIZ, June 25, 2021
nextEnel, the first Italian company to sign up to the B Team responsible tax principles