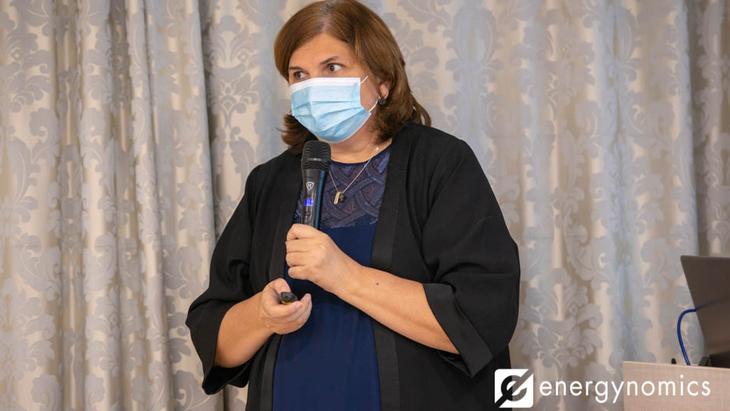 The Electrica Group already has a branch in the Republic of Moldova, but the pandemic has blocked a significant part of the development plans. However, the Electrica Group will become much more active regionally, with trading offices in Hungary and Bulgaria soon to open, said Corina Popescu, CEO of the Electrica Group, within the event Regional approach: Chisinau 2021, organized by Energynomics.

“I have always considered that relations between Romania and Moldova should be strengthened in the energy segment. I would very much like the group I represent today to bring a little added value to this cooperation, and for the Moldovan branch to become active in the projects you want to develop here”, said Corina Popescu.

The Electrica Group is dual-listed on the stock exchanges in Bucharest and London, since 2014. ”During this period, the Electrica Group managed to be one of the main investors in Romania. Since 2014 and until now we have invested over 2 billion lei in the modernization and efficiency of the distribution network in Romania, trying to prepare this network for what the ‘green’ challenge means. Within the Electrica Group we have, starting with this year, a single distribution company, which distributes electricity in 18 counties in Romania. We have a company that supplies electricity and natural gas. We are, with this type of activity, present throughout the country, not only in the counties where we carry out the distribution activity. We also have open work points in the areas of our competitors”, added Corina Popescu.

Branch in the Republic of Moldova, Hungary and Bulgaria to follow

Electrica also owns an ESCO-type energy services company, which provides services in the electricity sector, as well as a solar energy production company – this being part of the group’s strategy to accelerate investments in renewables in the next period. “Since 2020, we have opened a branch in Chisinau – unfortunately, the pandemic has blocked our local development plans a bit,” she added.

“I hope that this conference will be a starting point for us to be much more active in Moldova, at least in the segments in which we have proven that we have expertise. We want to reach the other side of the Electrica Group’s development strategy, that of becoming a regional player. In addition to Moldova, we will soon open trading offices in Hungary and Bulgaria. ”

The group distributes energy to 3.8 million consumers, with the help of a 200,000 km network, the energy distributed reaching 17.6 TWh annually. At the same time, the Electrica Group is developing e-mobility solutions and is developing its renewable energy segment. “We have consolidated our presence, starting with last year, so that we have a company for each main activity. Starting with August of this year, we also set up a production company within the Group – Electrica Producţie and we invested. We already have three major projects, totalling 207 MW, for the moment, whose construction will begin in 2022 – a mixed production, photovoltaic and wind. Next year we intend to put into operation at least the photovoltaic part”, announced Corina Popescu.

At the same time, the European strategy ‘Fit for 55’ can be an important moment for the Republic of Moldova, from the perspective of the EU taxonomy and especially learning from Romania’s experience. Digitization, Big Data, artificial intelligence, RPA – robotic process automation, electric mobility solutions and alternative technologies are part of the Electrica Group’s strategy, in various development phases.

“You can avoid the mistakes that Romania has made, at certain moments, by developing a legislative framework that avoids those mistakes”, she addressed the local decision-makers.

The Electrica Group has already started accessing European funds. “In two years we have managed to access 50 million euros, successfully, both in digitization – asset management or smart metering and data management (MDM) projects, as well as for the development of the distribution network in certain areas where renewable energy projects may occur: transformer stations, etc. These are the first steps that the Group is taking in accessing European projects, which are the key to the development of groups in the electricity sector. In addition to these major projects, we have managed to access and are part of some European projects related to the development of new technologies. For example, Electrica is part of the Hydrogen Association at the European level and from there we can access projects.

I think it is important for the way the electricity sector will develop, as well as for the development and support of the Group’s strategy, because today, when we talk about the decade 2020-2030 we say that it is the power decade, and Romania aims for gas to be the transition solution. On the other hand, starting with 2030, balancing the networks will certainly play a key role, including an issue that needs to be resolved, the Romania-the Republic of Moldova interconnection. When we talk about distributed energy – as we no longer have the classic solutions, when we talk about balancing two unpredictable elements – consumption and production of renewable energy – new technologies, as storage or hydrogen, can show us the way forward. We want to develop our products, to invest in acquiring new capabilities so that the Group can develop sustainably”, Corina Popescu also said.