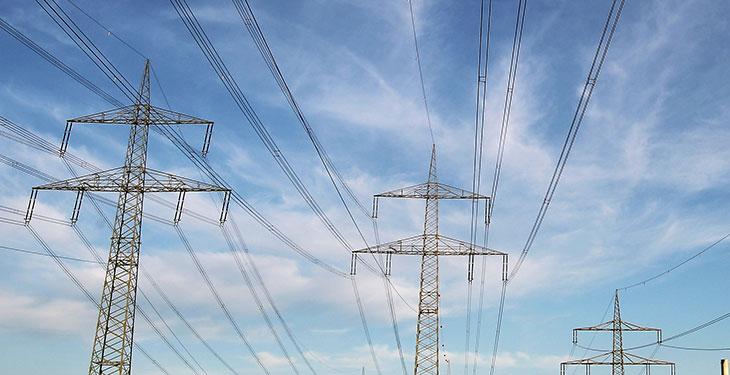 The construction of the new Cernavoda-Stâlpu 400 kV overhead power line, an objective of national interest of public utility, co-financed from European funds, is advancing at an accelerated pace. Currently, on the construction site of the line, stretched between Stâlpu (Buzău) and Cernavodă (Constanța), work is being done simultaneously on building foundations, assembling poles and assembling the conductor, in seven work points with approximately 300 workers daily, and over 90% of the materials used are of Romanian manufacture. The investment is implemented by the National Electricity Transmission Company Transelectrica SA.

The Secretary General of the Government Tiberiu Horațiu Gorun and the Deputy Secretary General Mircea Abrudean, together with the executive management of the Company, visited the works carried out near Bordușani, Ialomița County, where the conductor installation stage is performed (panel 89-100).

“The development of the country’s energy infrastructure is one of the Government’s priorities, and such investments contribute fundamentally to the re-entry into speed of the Romanian economy, after the impact of the pandemic. I am glad to see that investments in the development of the electricity transmission network involve economic and social mechanisms, from jobs creation, Romanian manufacturing materials used, to creating favorable conditions for new investors by strengthening the energy system and increasing the capacity to integrate energy from renewable sources,” said Tiberiu Horațiu Gorun, Secretary General of the Government, on the occasion of the visit on the 400 kV OPL site Cernavodă-Stâlpu.

“The construction project of the Cernavoda-Stâlpu 400 kV Overhead Power Line had an alert pace from the beginning, even if it is started and carried out during the pandemic, and this is primarily due to the professionalism and involvement shown by Transelectrica specialists and teams the contractor carrying out the work. Increasing the capacity to integrate renewable energy in the electricity transmission network is one of the main axes of our development plan, and the line’s contribution to achieving this goal is very important,” said Cătălin Nițu, President of CNTEE Transelectrica SA.

The infrastructure objective of the 400 kV Cernavoda-Stâlpu OPL, an investment totaling about 75 million euros, essential for consolidating Romania’s energy security, is a project of common interest at European level, which benefits from non-reimbursable co-financing of 27 million through the Connecting Europe Facility (CEF). The project is part of the North-South Interconnection East Electricity Corridor in Central and South Europe and aims to strengthen the cross-section between the west coast of the Black Sea and the rest of the European system, contributing at the same time to the strengthening of the electricity transmission network in Romania, to the increase of the interconnection capacity between Romania and Bulgaria and to the integration of the wind energy produced in the Dobrogea area.