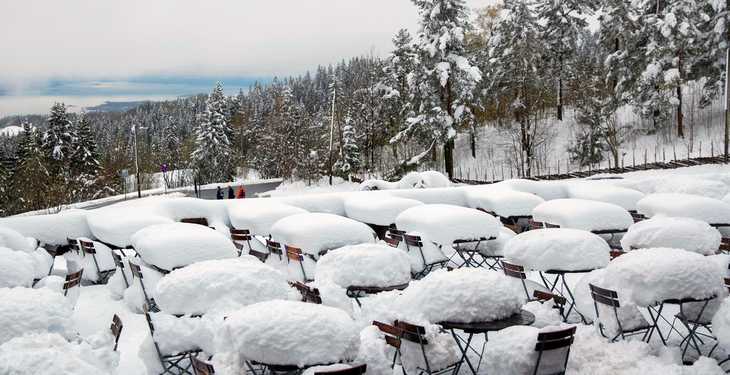 The coldest night in decades this week helped electricity prices jump 33 percent so far in May from a year earlier and they are headed for the highest average level for the month since 2013 on the Nord Pool AS exchange in Oslo. The unseasonably cold weather is also driving up demand for the commodity, according to Bloomberg.

”It’s what we call a spring pinch,” Sigbjorn Seland, chief analyst at StormGeo’s Nena Analysis in Oslo, said by phone. ”Unusually high spot prices and very low inflows due to the cold.”

Hydro producers know they can expect a big refill every spring when the last winter’s snow starts to melt. The challenge is to leave enough room for the fresh water in the reservoirs while not emptying out last year’s supply before the new arrives. About half of the electricity in the Nordic region is generated by running water through turbines, with nuclear and renewable energy making up most of the rest.

While temperatures were colder in the north in absolute terms, they fell as low as minus 1.8 Celsius (29 Fahrenheit) during the night to Wednesday at Hoburg light house on the southern tip of the Island of Gotland in the Baltic Sea. It was the coldest May in the area since 1942. Uppsala, a town just north of Stockholm, had its coldest May night since 1947.

The reservoirs in Norway, Sweden and Finland were last week at their lowest level since April 2013, according to the exchange. The lingering winter weather means that there’s as much as 100 terawatt-hours of water left to melt, according to Nena. That’s equivalent to about a quarter of the region’s demand when turned into electricity.

There are two distinct outcomes for the months ahead. Warm weather with rapidly melting snow would force hydro generators to increase production to leave room in reservoirs for the new water, leading to lower prices. Alternatively, a slower process would allow producers to hold back supply and get more money for their electricity.