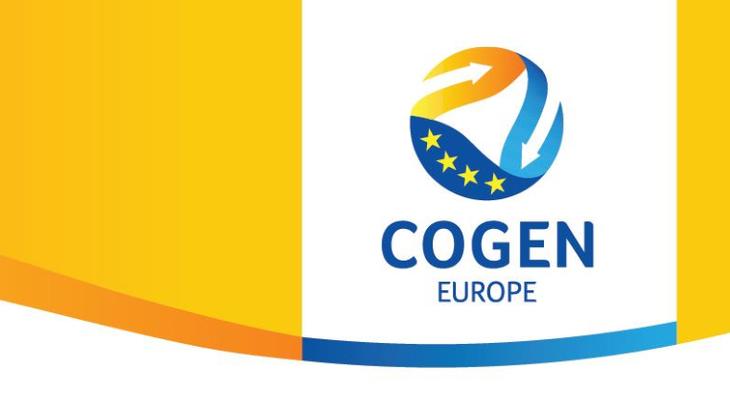 The European Commission has this week launched a public consultation on digitalizing the energy sector as part of the preparation of a Commission Action Plan on the Digitalization of the energy system, due for publication in the first semester of 2022. The EC already received over 40 comments from companies and business associations. Here are some of the proposals from COGEN Europe, the European association for the promotion of cogeneration with over 60 members.

Improving the functionality of appliances within buildings Digitalization can be used to optimize the operation of appliances to better meet the needs of the individual buildings and their owners. This can include user-friendly interfaces to inform consumers on the real-time performance of their appliances, including self-generation, self-consumption, energy efficiency and use of renewable and efficient grid energy. More advanced options like real-time power prices and carbon intensity of power (or gas) in their region, will further drive consumers towards demand response, higher efficiency solutions and increased environmental awareness.

Enabling building solutions to react to the wider energy system Digitalization can support the aggregation and optimal joint operation of building appliances at the district level. Given the complementarity of building solutions like small scale/micro-CHP, heat pumps and EVs, PV and others, their operation can be optimized to maximize energy efficiency, grid stability and renewable energy use, while reducing overall cost. In this case, digitalization can help properly assess the value of such solutions for power grids at all points in time, as well as optimize their operation to maximize the rewards to the customer. This can be done either via virtual power plants/aggregation or by providing incentives (either through support schemes or differentiated grid tariffs) that properly monetize benefits for consumers.

Buildings should be part of an integrated energy system. Better integration of the existing and future building stock into a wider energy system will make sure buildings can interact with energy grids (for electricity, heat and cold) and other sectors. Digitalization will be key in fostering demand response and self-consumption, for example by ensuring that building power loads (e.g., a heat pump) or self-generation (e.g., a micro- CHP) can react to power prices and the availability of both renewable and efficient energy (power and gas). Digitalizing solutions applied to CHP in buildings can help optimize their operation to self-generate electricity and heat at the same time as electricity peak demand, supporting grid stability and making buildings active contributors to energy systems integration.

Digitalization supporting local system integration New business models are emerging, aiming to integrate complementary technologies like intermittent renewables, district heating, CHP, hydrogen and storage at the district level. The optimal use of these solutions can be enhanced through digitalization, including automation and controls. Where consumers rely on district heating, the smart operation of district heating grids should be considered with a view to integrating more renewables, fostering energy efficiency, improving consumer comfort and supporting power grids. For CHP in particular, the ability to ramp up and down production depending on the available grid mix, as well as potential shortages in supply, can be complemented by real-time information of such changes.

Digitalization has important applications in the gas sector as well. Information regarding gas quality and the uptake of renewable and decarbonized gases, including hydrogen, can be more easily collected and shared with consumers through digital solutions. This can help consumers (especially industrial users) better adapt to changes in gas compositions.

At the district level, CHP applications for DHC can be optimized to increasingly use renewable energy, help support power grids and ensure high efficiency.

Digitalizing the manufacturing, maintenance and operation of CHP solutions mean automation and control systems that seamlessly optimize the operation of building systems to be more flexible for grid balancing.

“Digital twin” applications are an example of digitalization in the CHP sector aimed to increase productivity and drive significantly higher business outcomes. The digital twin solution generates a digital representation of a physical asset is generated to use the data from the asset combined with advanced analytics. This optimization consequently drives business outcomes by making use of digital potential, for instance by indicating when a unit requires servicing.

The Intelligent Report Information System (I.R.I.S.) is an example of digitalization in the CHP sector, which automatically analyses inconsistencies in the system’s operation and consequently creates service assignments. The optimized plant monitoring ensures that critical operational irregularities do not occur between intervals. Moreover, I.R.I.S. is completely integrated in the existing service structures and allow in real-time the identification of operational irregularities, relating those to the system parameters and ultimately recommending measures to the CHP plant operator or the service staff members monitoring the system.

Combining digital data flows with a high level of automation can also optimize the operation of CHP. The system controls information flows and can for example provide all those involved in the product lifecycle with all the necessary data to keep units running with as little downtime as possible or enable remote maintenance for customers’ pieces of machinery.

Already today, digitalized applications and processes are becoming increasingly relevant for the energy sector. With innovative systems and solutions contributing to a better-functioning, smart, integrated and cleaner energy system, digital technologies do have significant potential in contributing to and facilitating the energy transition. EU level standardization, regulation, funding and exchange of best practices can accelerate digitalization in the energy sector: