Claudiu Crețu: Elcen will rent modular capacities only for next winter, implementation would take 2-3 months 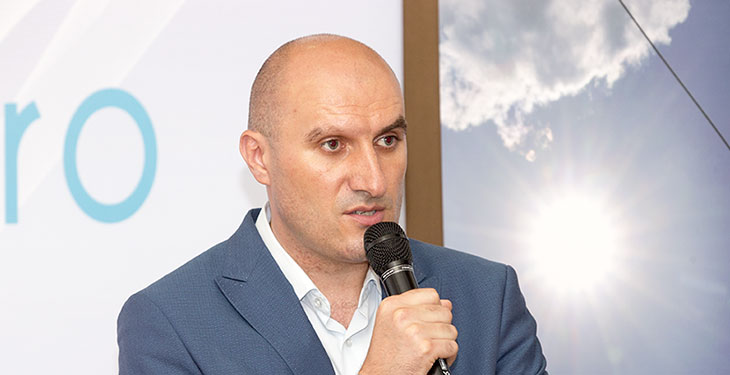 Electrocentrale Bucureşti (Elcen) will rent modular thermal energy production capacities only for next winter, as the commissioning works would have lasted up to three months, Elcen administrator Claudiu Crețu told Energynomics.

Initially, Elcen intended to carry out the connection of capacities following an emergency procedure, in order to make up for heat losses, especially in sectors 2 and 3.

Thus, there were discussions with several companies, which, however, withdrew after finding that the technical procedures and assembly would have taken too long.

“The respective companies withdrew, because at the time of the technical analysis, in the field, they realized that it would last not only a month, but two or three months. They can be implemented, technically, only in the spring, when they are no longer needed. However, we can connect them in the summer, for next season. The financing is provided by our own forces,” said Cretu.

“We will do analysis for next year, auctions, and the works will take place in the summer. Realistically, in order to take effect, it must be placed at Titan CET. The need there is to improve parameters in Colentina, Pantelimon, and the affected area. At CET Sud they would have been installed faster, but we would have put them in vain, if the network would not have allowed us. In the meantime, we have repaired some capacities,” he added.

Minister Virgil Popescu announced, in mid-December 2020, that Elcen will rent modular thermal energy production units, which will be installed in various areas of the Capital, in order to make up for the huge losses in the district heating network.

He stressed that the people of Bucharest must know that all the problems related to the lack of hot water and heat start from the primary network.

“Four years ago, the losses were 800 tons per hour. Today they are 2,500 tons per hour, there is a lack of investment, there was indifference, this is the state of the network. We must make efforts to keep the system in operation this winter,” the minister said.

“At the same time, we need to find solutions to increase production capacity, to make up for these losses, because this winter, whether we like it or not, we have to go through it that way. Elcen decided to look for and found additional modular capacities for lease, intends to set them in various areas, in the southern area, so that they can produce as much thermal energy as possible and make up for these losses. It is a huge effort to ensure thermal comfort, we apologize to the people of Bucharest for what happens, but we must prepare for winter. God is still helping us because it is hot, but we do not know how long it will last. At this moment we are preparing to install these modular capacities in various areas of Bucharest,” Popescu added.

He claimed that the project of a new power plant on the site of the former CET Titan must be started, in order to balance the Bucharest system.