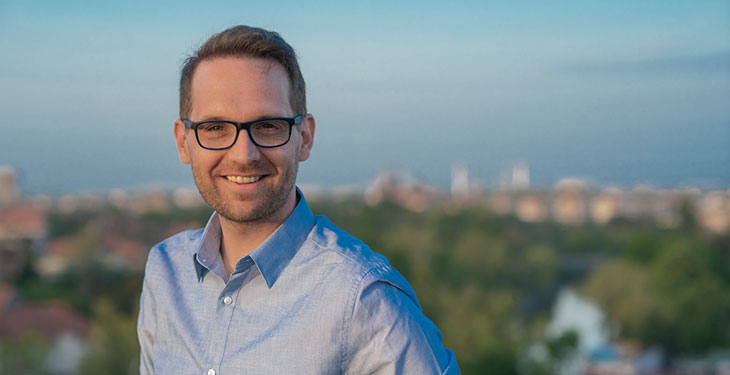 The mayor of Timişoara, Dominic Fritz, presented, on Wednesday, the financial recovery plan for the local district heating company Colterm, wishing to transform it into an efficient, modern and non-polluting company, which will no longer be a burden for all residents.

Colterm City Hall and management have identified several options for financing investments in the company’s refurbishment and reorganization, one of which is a partnership with a major private player. It is also possible to mix European funding with a loan from the World Bank, which could be involved in identifying alternative energy sources that can be used in the specific case of Colterm.

One of the solutions is biomass. The tests for the use of vegetable waste collected in Timişoara at CET SUD have already started in January, and from February this process will become operational. About 10% of the coal used to produce energy will thus be replaced by biomass.

In addition, a precautionary agreement was agreed with the management of the company and its creditors, during which the company cannot enter into insolvency or foreclosure procedures.

Dominic Fritz stressed that he wants Colterm to recover because “the city is the one that has not done what it should have done for its subscribers, over time,” and switching to the use of biomass as a clean fuel will be the most beneficial solution for the future.

“I said that this is the last winter in which Colterm has been operating from one day to the next. Colterm has given headaches to all mayors in the last 30 years and I want to be the last mayor to have this headache. The people of Timisoara must enjoy comfortable heat in homes, from clean energy, and those who are not in the Colterm network no longer have to bear the costs. The first step is to clean up Colterm’s debts,” Dominic Fritz said, quoted by Agerpres.

In this sense, the City Hall opted for the preventive arrangement, which is an agreement with creditors, validated by a judge, for the phasing of debts within a reorganization plan of the company. This solution, agreed with Colterm’s management, was previously discussed with major creditors, namely ANAF and the World Bank.

“Within the agreement, the creditors cannot trigger the company’s insolvency and cannot request its foreclosure, neither of the Timişoara City Hall, nor of the functional assets of Colterm. Colterm’s subscribers will not be affected by the preventive agreement or reorganization of the company, on the contrary. With the avoidance of insolvency risk, there is no longer a danger that the company’s activity will be stopped by foreclosures on Colterm’s accounts or functional assets,” Dominic Fritz explained.

previousIRES: 64% of energy consumers do not intend to change their supplier this year
nextClaudiu Crețu: Elcen will rent modular capacities only for next winter, implementation would take 2-3 months