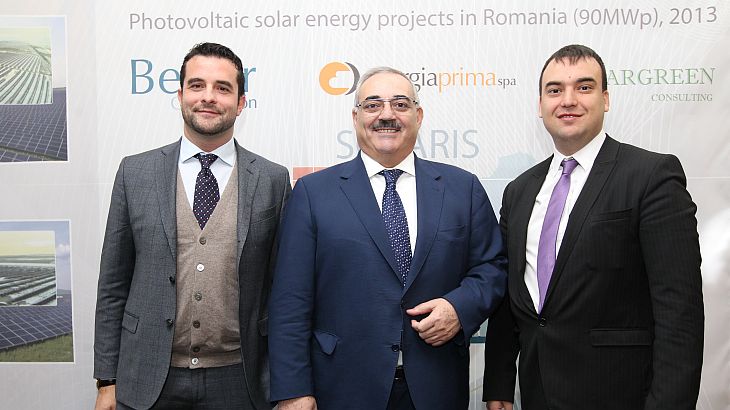 The legal and consulting firm Ciurtin&Associates has successfully provided all of the legal procedures involving the development of one of the largest investments in renewable energy in Romania – the photovoltaic (PV) park Solaris, with an installed capacity of 56 MW ​​in the city Livada, Satu Mare.

The investors in this project are Bester Generacion, Energiaprima and Stargreen Consulting, the three partners ensuring the construction works and the photovoltaic parks (PV) operation.

Bester Generacion later continued investment through the development of two other projects, the Aricesti (27 MW) and Caracal (7 MW) parks.

Ciurtin&Associates has handled, from a legal perspective, all of the susequent stages of the related construction of the largest PV park in Romania, the Solaris project, which received an investment of 105 million euro. The investment was made ​​in partnership with two of the most important technological and financial holdings in South Korea, Hyosung Corporation and NH Investment & Securities (NHIS).

“We believe that Solaris is one of the successful projects that will provide a case study for the future. It’s not just the people behind the project, but also the innovation shown by all of the teams involved in the project. The previous year, the pressure on investors was big, and due to the lack of communication with the authorities, investors were wondering what will happen in 2013. Yet, the attitude of the investors, especially that of the Korean bank , for which we have provided legal services and credit facility structuring, as well as the financial conditions offered, were actually the best and led to a fast completion of the projects,” says Adrian Ciurtin (photo-right), Managing Partner, Ciurtin&Associates.

The entire documentation related to financing the project and securing the transaction, as well as the signing of the contract by the financing bank and the investors have been carried out successfully under the guidance of the team led by Adrian Ciurtin.

The team represented the financing bank in the financing and collateral package assembly, led and delivered the legal due diligence process, assured the closure in optimal terms of the M&A document transactions and granted assistance in signing contracts for engineering, procurement and construction (EPC), the entire set of documents being correlated with the financing.

Investments will continue with a 200 MW park

“There were obstacles, rumors in the press about reducing the support-schemes, but we managed to get over all of the obstacles,” says Cho Ki Moon , Executive Director, Hyosung.

“Hyosung and NHIS were able to overcome all obstacles and finish the project in time to get to 6 Green Certificates. I’m sure that there are no obstacles that we cannot face,” said Chun Sang Yil, CEO of NHIS.

“Romania is a country with a great potential in many business areas, but not very well known Korean investors. Of course, there are some issues related to the lack of predictability and uncertainty, but they can be overcome. I would like to congratulate the team work of all the partners involved in this project,” said His Excellency, the Ambassador of Korea in Bucharest, Im Han-Taek.

For Bester Generacion, the projects in Romania represented a challenge: if in 2012 Bester installed only 26 MW of solar panels, in 2013 it finalized the rest of up to 90 MW, says Miguel Jimenez Romero, Director, Engineering and Construction, Bester Generacion.

And investments in Romania will continue.
“We invested 105 million euros in total, in equity and financing in the Solaris project. In all of the three photovoltaic parks of 90 MW built in Romania we have invested about 170 million euros. We will continue to invest, now we intend to build another 200MW in four or five projects in Romania,” says Antonello Amoroso (photo-left), Business Development Manager of Energiaprima- one of the investors.