Acasă » Oil&Gas » Chisăliță: We could lose 25-30 active gas suppliers, prices will increase, the FUI system will be speculated

Chisăliță: We could lose 25-30 active gas suppliers, prices will increase, the FUI system will be speculated 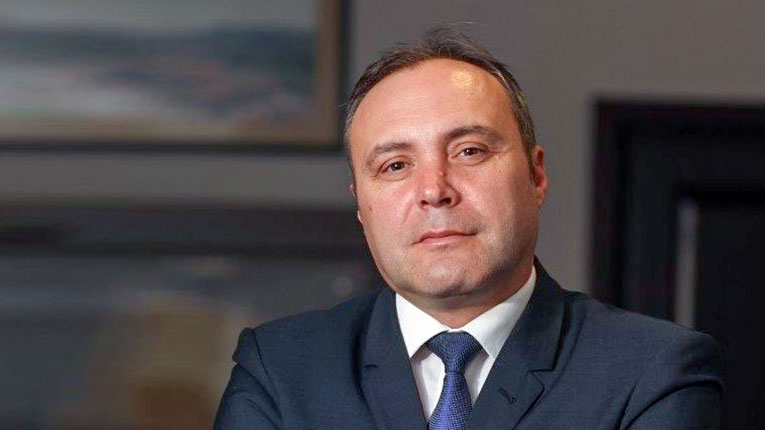 The law on capping energy and gas prices has already led to some speculation in the gas segment, prices have been rising recently and it is estimated that, depending on the implementing rules, out of about 40 active suppliers, only 10-15 will remain, the remaining up to 130 licensed being either insignificant as a market segment or conjunctural, told Energynomics Dumitru Chisăliță, president of the Intelligent Energy Association (AEI).

In an analysis submitted to the press today, AEI claims that the FUI system will represent a real increase for certain suppliers, following the entry into force of the Ceiling Law (259/2021).

“We will see how in just a few months many of the suppliers will be left without a license (they will either remain voluntarily, without a balancing contract, which is equivalent to withdrawing the license), or will be insolvent and the real beneficiaries of the law will be some of the suppliers, that I think that were really behind this law and which reaped the benefits of profits from the sale of cheap quantities purchased in the spring… will collect profits from capping and collecting money from the state and will recover and even increase their customer portfolio by the FUI (the last resort segment) determined by the elimination of small suppliers from the market,” it is shown in the AEI release.

However, Engie Romania has announced that it wants to withdraw from the supply system of last resort.

Contacted by Energynomics, Chisăliță explains: “FUI will benefit some suppliers. Engie has no gas, it is in a delicate position. It doesn’t have enough gas at the moment. At the same time, it is not an accusation, but just an opinion – trying to gain more consumers through FUI is an activity related to the commercial aspects of the market. It is a legal, lawful speculation, which they do, starting from a very simple exercise: Considering that the law speaks of the fact that the settlement that the state makes is between the average from April 2021 – until March 2022, then, basically, the natural tendency of suppliers is to sell at the highest possible prices at the moment. The higher the price, the higher this average. The higher this average, the more money they get from the state. If they purchase gas at 100-130 lei/MWh on average, it means that it gains, once again, from the relationship with consumers, starting from the ceiling, and it gains once again from the relationship with the state, starting from these high prices which they put on the market. Both on FUI, where there is the ‘blessing’ of ANRE… in the other situations it is tried… to draw that the price as high as possible, as big as possible, through various tricks. It is a natural tendency, it is not an accusation, for the prices to be as high as possible. I can’t say that it’s a cartel-type agreement, that I don’t have such an element. But we see that after the appearance of this law, for two weeks, there are no more prices on the ANRE Comparator below 370 lei/MWh. All prices are over 370 and it is normal to be so, because this is how the law is built… The way the law is built determines the suppliers to come with the highest possible prices, in order to earn as much as possible from these compensations,” Chisăliță also told Energynomics.

From now on, we can therefore expect only price increases.

“Ceiling is a solution provided in both Romanian and European legislation, but it is intended as a last element to address, after you have exhausted other measures, and not before, because there is a risk that you may not be aware how suppliers will play. There are some that will disappear and in the medium and long term all of the remaining suppliers will benefit, because the lower the competition, the higher the prices will be and they will be somehow better held in hand if there remains 5-6-10 suppliers in the Romanian market, compared to 130 at present… We needed 15 years, with some enormous compromises, which were paid, in the end, by the consumers, in order to reach a market that is functional…to have some suppliers, an offer, a minimum of competition. We risk erasing all these efforts in six months.”

According to the president of AEI, out of 130 licensed suppliers, only 60 are active, but also many of them are conjunctural suppliers, which ensure their own technological consumption.

“There are 60 active suppliers, of which 20 are conjunctural, ie either producers and suppliers, or large consumers, such as Azomureș or Alro who have licensed only to balance their portfolio, so there are about 40 suppliers in the market that are active. Out of the 40, taking into account the analyzes made, but also the behavior of the suppliers that have submitted their licenses in the last weeks, we risk somewhere between 25-30 suppliers to reach this situation by spring, meaning to have a remaining of some 10 suppliers,” he said.

“It matters when the application norms of the law appear, and how they will be applied. This is the first step. They were due to appear on Sunday, November 13th. Theoretically, if the state wanted to give a sign of normalcy, they should have existed last Friday (e.n. November 12). These, when they appear, will be the first element (for market dynamics), and the essential element will be at the end of the first month, somewhere at the beginning of January. If the state will be late, as it always does, with the payments, then my opinion is that the certainty that some suppliers will give up the licenses will be very probable,” added Chisăliță.

previousANRE: Gas suppliers that want to give up the licenses must first solve customers’ issue
nextV. Popescu: The norms of the Ceiling Law are ready, the law could be corrected by GEO in January