Acasă » Oil&Gas » Transportation » Chisăliță: The figure of 70% of pipes replacement is wrong, but the system needs to be replaced

Chisăliță: The figure of 70% of pipes replacement is wrong, but the system needs to be replaced 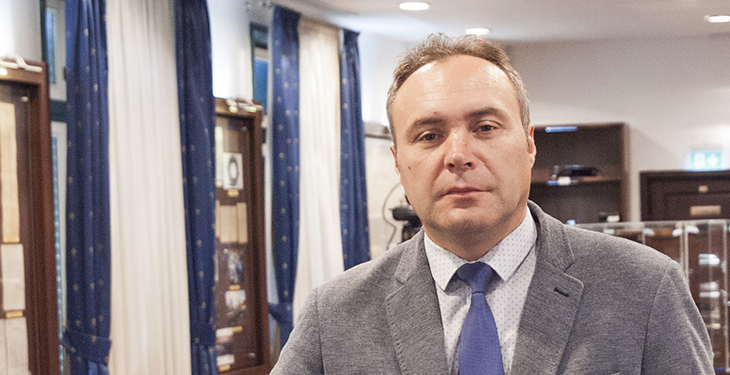 Transgaz announced that, following the closure of the gas balance for the year 2019, the total gas consumption registered in the national system (SNT) was at the level of 65.2 million cubic meters, “being for the first time when this percentage falls below 0.5%”, according to a company report.

At the same time, the company contradicts the “market” opinions, according to which 70% of the pipes must be replaced.

“The continuous reduction of the technological consumption was achieved through the implementation of the maintenance programs carried out (repairs, overhauls, replacement of worn parts and/ or equipment, maintenance activity), programs that ensure the safe operation and maintenance of the SNT infrastructure, the continuity of the transport of natural gas in safe conditions, without special events (explosions, massive gas leaks), contrary to opinions in the public space, which states that over 70% of the pipes are outdated and need to be replaced,” according to the Transgaz report submitted to the Stock Exchange.

Expert Dumitru Chisăliță agrees with Transgaz’s statement, but believes that the investment paradigm needs to be changed. “I agree, 70% of the pipes should not be replaced. From other documents, carried over time, the percentage is of 70%, of the pipes with an expired lifespan. This does not mean that it has to come with the replacement package, the life expectancy being a different notion. There are two different notions. I am convinced that 70% of the pipes should not be replaced ,” told energynomics.ro, the expert Dumitru Chisăliță, the president of the Intelligent Energy Association.

“To start talking today about the replacement of pipes is an utopia. We must build another transport system, the notion of replacement being outdated … The system must be rethought, where it is the case. We need to take into account efficiency and effectiveness, as, for example, Bulgaria does,” he said.

Transgaz has announced a decrease in its own consumption, which has reached an all-time low of 0.49% of the total natural gas transported, “comparable to that of the largest and most efficient transmission and system operators (TSOs) in the European Union”, says the company.

“The consumption of natural gas from SNT has been permanently reduced, from 3.12% in 2001 to 0.49% in 2019, this level representing the historical minimum, being similar to the one registered by the largest and best performing TSOs in the European Union.”