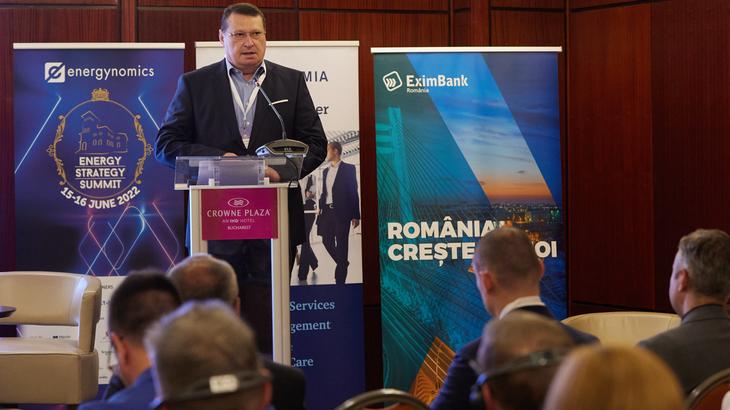 Between 10,000 and 12,000 MW of new capacity can be brought into the national energy system by 2030, but if these capacities are not doubled by storage, the risk of instability in the sector will be very high, said on Wednesday Dumitru Chiriță, president of the National Regulatory Authority in Energy (ANRE), at the Energy Strategy Summit 2022..

“We need to consider flexible policies, focused from my point of view on several directions that we can implement in the near future. First of all, we need to invest in renewable capacities, with consistent financial resources. I appreciate that, for Romania, In the period up to 2030, we can bring new capacities between 10,000 and 12,000 MW in the national energy system, but if these capacities are not doubled for storage, the risk of instability in the sector will be very high. That is why I believe that, in addition to the 10,000 – 12,000 MW, at least 3,000 MW must be in storage capacity – and I encourage those from the Ministry of Energy, Minister Popescu, Mr. Niculescu not to provide funds than those projects that have storage,” said Dumitru Chiriţă, at ​​the Energy Strategy Summit 2022 event, according to Agerpres.

In his opinion, if we take out coal production, “we have to put in place something similar that has an almost identical behavior.” He emphasized that “a renewable source with storage can have the same behavior”.

“I would also like to point out that, even without funding, from the beginning of the year until now, we, as the regulator, have given permitting certificates for the establishment of over 400 MW, which is a good thing – there is an interest. At Transelectrica we have a demand of 18,000 MW, we have a capacity available in the electricity network of 7,000 MW, therefore, in addition to this interest for the development of production capacities, we must have a major interest for the development of electricity networks, of transport and distribution,” Chiriţă also said.

The ANRE president mentioned that the Ministry of Energy managed, in partnership with Transelectrica and the distribution operators, to finance projects of over 1.5 billion euros.

“If we add the operators’ contributions, we will probably reach over 2 billion euros, money that can be found in investments in grids, that in turn can provide connection capabilities. I do not want to forget, in my speech, also the fact that it is a major interest for us – and for the ministry – to develop and significantly increase the number of prosumers, not only individuals, but also companies,” added Dumitru Chiriţă.

“At the same time I want to mention that today we have a number of 15,000 prosumers. I think that by the end of the year we will have over 30,000 prosumers. Today we have 100 MW installed in the prosumers area. I think that by the middle of the years 2026-2027 we will have over 1,000 MW installed in the prosumers’ area. Therefore, I emphasize once again the need for network operators to adapt and meet the demands of those who want to connect to the electricity grid,” added Dumitru Chiriţă.