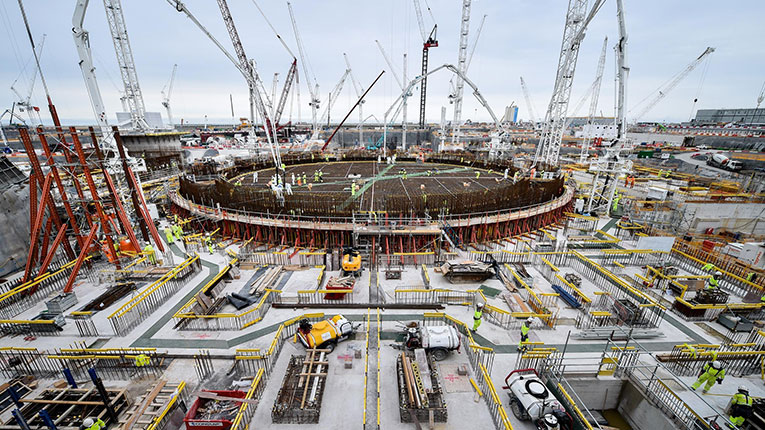 Britain could build up to seven nuclear power plants by 2050, while relying on offshore wind power as part of a new strategy to boost energy independence after the Russian invasion of Ukraine, Economy Minister Kwasi Kwarteng told AFP.

“The idea is that, given what Russian President Vladimir Putin is about to do, we don’t want to live in a world where we depend on Russian hydrocarbon,” he told the Sunday Telegraph, noting that offshore wind farms and nuclear power plants in particular are “the means to have power generation capacity in the UK,” according to Agerpres.

According to the quoted publication, after talks between its members, the government of the Conservative Prime Minister Boris Johnson is going to present on Thursday its strategy to reduce the energy dependence of Great Britain and to reach the goal of net zero emissions by 2050.

“The government is increasingly aware that we could do more in the nuclear field,” Kwasi Kwarteng said.

“This will not happen in the next two years, but it is certainly something we can aspire to,” he said.

According to the Sunday Telegraph, the plan envisages the construction of at least two large-scale power plants by 2030, in addition to small nuclear reactors, in the context in which most of the operating nuclear power plants would be shut down by then.

Also, hydraulic fracking and onshore wind farms will not play a central role in the new strategy, due to “strong local opposition” to these technologies, the minister stressed.

previousThe war on natural gas and oil dependence
nextGermany could enter a severe recession, in the event of a halt of deliveries from Russia