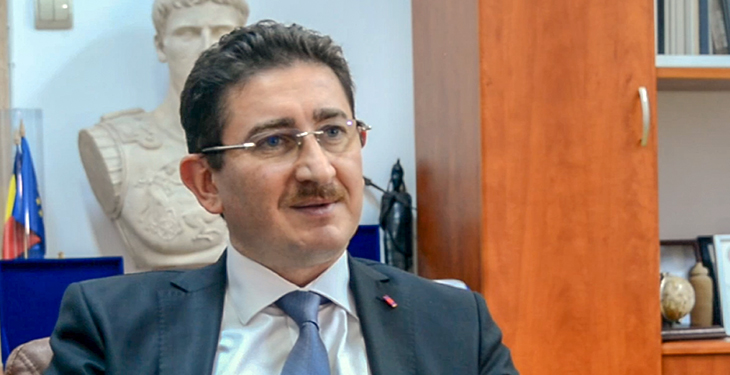 With the gradual decrease of coal in the mix, Romania will have to find new energy sources. But giving up coal will not be possible at once, says Bogdan Chirițoiu, the president of the Competition Council. Romania has to come up with new market mechanisms that are attractive to investors and consumers alike. Whether we talk about acquisitions – investors reducing their footprint in Romania, and investors to replace them –, or talk about new support schemes for energy producers or the big energy consumers, the Competition Council will be involved in all these measures, working both with the government and with the regulatory authority, including benefiting from OECD assistance.

For Energy Complex Hunedoara (CEH), the restructuring will mean closing the mines, and at least one of the remaining groups will change from coal to gas. “CEH will get quite small – it generates about 1% of energy consumption. In contrast, Energy Complex Oltenia generates over 20% of the mix, it is clear that we cannot afford to close it at once”, says Chirițoiu.

CE Oltenia is severely affected by the increase in the price of emission certificates, but actually this is the role of the CO2 certificates: to make polluting more expensive and this way to reduce the volume of electricity generated by burning coal. “Our economy cannot function without CE Oltenia, we will have to find a solution for this. There is a working group at the government level, we will resume discussions with the new government, because we have to find a solution.”

There will probably be further negotiations with the European Commission to approve new forms of support. As far as CE Hunedoara is concerned, a new restructuring plan needs to be devised and presented to the Commission. “We have a new government, we should give them time to analyze the situation, to make some changes, and when Romania has a clear strategy, we will discuss it with the European Commission”.

At the same time, the liberalization process must be resumed.

“We are once again proven that to destroy is much easier than it is to repair. We had a process of market liberalization, which, by Ordinance 114 was reversed, and now, when we want to return to liberalization, we see there are some impediments. We must resume the process of liberalization, but to do it suddenly or gradually is, once again, a decision that the new government will take. Sooner or later, we will get to price liberalization. What concerns me is making sure the market mechanisms are well functioning”.

here has to be a way that, somehow, large consumers can cover their energy needs, in a more predictable way

Liberalization will be achieved, but part of the decision to adopt GEO 114/2018 was supported by the perception that market mechanisms did not work well, Chirițoiu notes. “We have to make sure that the next time we reach liberalization we have well thought out market mechanisms. There was a perception that prices were exaggerated and I would like to have the market players convinced that the prices in the market reflect the economic reality, if we put things in place, if we improve the regulatory framework”, explained the President of the Competition Council.

Then, there appeared this criticism in the market, before GEO 114/2018, about the very high volatility. “Many actors considered the prices were exaggerated. I am not convinced, I have no arguments to reject these accusations, but on the volatility side it seems clear to me that this criticism was justified. Where does this volatility come from? Due to the fact that we probably had too much traded on the day ahead market (DAM), which by its nature, as a spot market, displays large fluctuations. But it is not normal for large plants, large consumers, to make purchases on this market. There has to be a way that, somehow, large consumers can cover their energy needs, in a more predictable way.” Bilateral contracts are a solution, but they involve risks.

“It is clear to me that there must be a way for large consumers to have predictability and, thus, not be exposed to this volatility, which, I repeat, is natural, when comes from the DAM. How do we ensure predictability? We get to make bilateral contracts, but I am still afraid that we will return to the smart guys situation. I am not convinced that the country is healed. With all the National Anticorruption Directorate (DNA) campaigns and with all the time passed, I am not convinced that things that happened in the 2000s can no longer happen. After 15 years, it does not seem to me that the quality of governance in our companies has been strengthened; the quality of our administration has not increased.

But I can see contracts based on some form of calculations, which give some flexibility and then one can make contracts on longer term. I can imagine bilateral contracts for new investments. In essence, it is ideal that the private operator can be left to do whatever it thinks. My concern is what to do with the state, with state-owned companies. So far, most of the electricity generation comes from state-owned companies and that is why we need to pay special attention to this issue.”

We should become attractive to offshore investors

With respect to the offshore gas we must find a formula to make them attractive. To tax it so that this be profitable both for the state and for the investors.

“We must check the international practice, to see what other countries do in such situations”, but we must also take into account the administrative capacity of Romania. For example, the British charge a great deal of profit, but they do not allow companies to move their costs elsewhere. Romania cannot administer such policies for the time being. “We do not know if our administration has this degree of complexity, if it is able to do such operations, so for Romania I always prefer the simplest things, such as the unique rate of taxation – the simplest things to put in place.”

The year 2019 was one of recovery, in order to maintain position. The economy has been doing well, but too much based on the consumption growth, which unfortunately led to the increase of the current account deficit. “In 2019, we fought to eliminate OUG 114/2018, trying to get back to where we were before. Unfortunately, what’s wrong is that from net electricity exporter, Romania became net electricity importer. We need to stimulate the emergence of new generation capacities”.

Fuel prices are near the European average

“With respect to car fuels, the situation is quite stable. Public opinion is not happy with this stationary situation – there is a perception that fuel prices are too high. From our data, the situation is somewhat stable, we see Romania very close to the European average,” said Chirițoiu. In recent years, the prices here were slightly above the European average; this year, on the gasoline segment, the prices were sometimes below average in the EU, on the diesel segment, sometimes above the EU average. The wages are not the same, the purchasing power is lower. But fuel prices are not influenced by the purchasing power, but by external factors.

We should improve the market mechanisms

“In 2020, we aim to improve market mechanisms, and here we will collaborate with the Organization for Economic Cooperation and Development – OECD. We need to make sure that we first have good regulation and then the necessary tools for businesses. Then, the share of renewable sources must increase. Here we will have to come up with support schemes, again. We’ll see if we need some new support schemes and we need to make sure they are reasonably cheap.

Then, we have restructuring of the mining industry – CE Hunedoara and CN of Uranium. In the case of CNU, I am optimistic that, within a few months, we can reach a solid plan. Part of Nuclearelectrica needs will be covered from internal sources. CE Hunedoara has a much more complicated situation – and we also have a plan, here, but it is quite complicated to put into practice. And we also must urgently find a solution for CE Oltenia.”

On the natural gas, the legal framework needs to be revised to facilitate investments. “On the whole, we must ensure that for our consumers, especially for large industrial consumers, the cost of energy will not be prohibitive, to ensure the competitiveness of the Romanian production. This may also involve certain compensation measures for cost increases.” Thus, it is possible that compensation measures may appear in relation to the emission certificates.

previousBurghiu contradicts Dumitrașcu: Termoenergetica has all legal approvals
nextEnergy Community celebrated excellence at the 7th edition of the Energynomics Awards